Expecting that midnight knock at the door

From Marshall Law himself!

A great schism has come to the Republican party. It may result in an equally great purge, such as the sainted Bill Buckley rid the conservative movement of anti-semites, racists, and John Birchers in the mid-1950s. Thirty years later, Goldwater and Reagan marginalized the Rockefeller eastern establishment.

Question is, who gets purged? Blaska and other realists or the bitter enders willing to subvert the Constitution to save their hero, the self-destructive (but somehow infallible) Donald Trump?

Trump’s Christmas die hards have taken to their social media bunkers with conspiracies that make the supposed fakery of the moon landing sound credible. A sampling:

In case of our disappearance

Though the Werkes voted Trump,  Trump’s putsch people demand we be arrested for treason under “marshall law.”

Every faction has its kooks (they’re running Madison WI) but Robert Gerald Lorge of Bear Creek WI claims some stature. Son of a former state senator, a candidate for that office himself and for Lt. Governor of the state, he is an attorney and producer of some excellent honey. 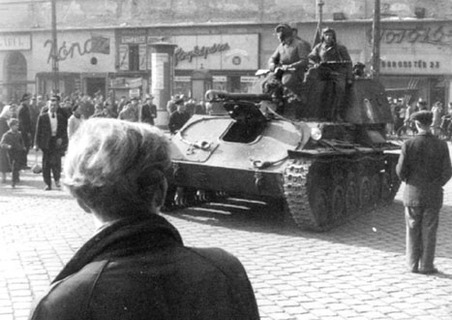 What happens when you vote wrong

David Blaska: How does that play out, Mr. Lorge? … like one of those banana republics, suspend habeas corpus? Shut down CNN and the NY Times? Military tanks in the streets? Line up opponents against the wall with a cigarette and a blindfold? Midnight knocks at our doors? People “disappeared”? Who enforces? Not the military, which took an oath to the Constitution, not (unlike Nazi Germany) an individual. Am I on your hit list?

Robert Gerald Lorge: “I think the gallows are just for all those engaged in defrauding this election, if that you, so be it.”

Blaska: Who and what army will march them? Under what court order? You call for insurrection, civil war, domestic terrorism and then accuse your political opponents of treason!

Lorge: “… The military in martial law would have several options, but foremost those guilty would be apprehended by force, and stood up for trial by military tribunals. Habeas Corpus would be suspended …  There would be a lockdown … to prevent rioting, looting and pillaging like we have already seen by leftists. I imagine all broadcast and cable news would be suspended.”

“Maybe the heads of the Biden camp would be dragged out of their houses like they had their corrupt crooked FBI do to Flynn  … Lincoln even hanged a few belligerent Congressman, but that might be going a bit far since the public might want to see many more of them hanged. … If the leftists start shooting at our military, I and many other citizens would help the military shoot back GLADLY if authorized.”

It’s not just Mr. Lorge. The “We The People Convention” took out a full-page ad in the Washington Times urging Trump to “immediately declare a limited form of Martial Law, and temporarily suspend the Constitution.” CNN (which works hard to justify its mistrust) reported that retired Gen. Mike Flynn talked martial law at the White House. We turn to the level-headed Jonathan Turley:

It was an outrageous and reckless statement that was tantamount to a call for tyranny.   [However,]  … it was not some agenda item of a meeting of the Trump Trilateral Commission.

Despite his alarming rhetoric, Trump has complied consistently with court decisions and worked within the legal system. If he or his successor ever defied the court, they would be removed from office. … Even if Trump lost his mind, he would have to carry out a martial rule without the military.  The military has said to leave it out of such bizarre discussions.

Blaska’s Bottom Line: Donald Trump should issue a statement decrying the sloppiness of the November 3 election but recognizing the results — if he wants to save the country and his cause.

46 Responses to Expecting that midnight knock at the door