from the ‘American Was Never Great’ songbook

The Dane County Board of Supervisors views everything through the lens of racial equity. That is official, written policy. Which means if too many of the wrong people are jailed for committing crime it is somehow the fault of people who avoid jail by obeying the law. 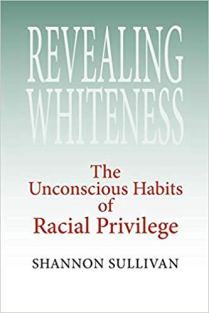 This bias is replicated by city and school governing bodies. Low-capital start-ups purporting to rid its gullible customers of the dreaded White Privilege are doing good business here in the Emerald City.

Some scented candles, a little yoga, sip some chai, listen to a book reading, and tell that little story about how you walked to the other side of that unfamiliar street while walking alone at night. Confess that the only reason you finished school and bought that house on Regent Street is your white privilege. Vow to re-elect Ali Muldrow and you are cured! Go and sin no more.

This idiocy is reinforced a thousand ways. Academia teaches this idiocy as race and gender studies, which is why Bernie and Elizabeth want free college. Taxpayer-supported community organizers enforce their dogma by bullying dissenters at Madison school board meetings. The teachers union — so militant otherwise — stands down when one of its members is thrown under the bus for attempting to restore order in the classroom, lest it suffer the race card.

The President of the United States is openly called a racist by Democrats hungering for his job and by network “news” figures who (for one example) continue to misrepresent his remarks on Charlottesville.

The Werkes has denounced the victim mentality as injurious to those designated as victims, for a true victim is powerless to change his/her fate. The people in the towers on 9/11/2001 were victims. The kid who steals a car out of a garage is a victimizer.

Most of the entertainment and news media are active conspirators in promoting debilitating victimhood. The New York Times leads the pack.

The New York Times, by its executive editor’s own admission, is increasingly engaged in a project of reporting everything through the prism of white supremacy and critical race theory, in order to “teach” its readers to think in these crudely reductionist and racial terms.

So reports Andrew Sullivan in a must-read piece in New York magazine. The giveaway is right there in the opening statement of the New York Times’  much-ballyhooed 1619 Project, which contends that America is all about 400 years of enduring racial animosity. That opening sentence:

“Our democracy’s ideals were false when they were written.”

Sullivan: “It’s a very strange formulation. How can an enduring “ideal” — like, say, freedom or equality — be “false” at one point in history and true in another?”

You could of course say that the ideals of universal equality and individual liberty in the Declaration of Independence were belied and contradicted in 1776 by the unconscionable fact of widespread slavery, but that’s very different than saying that the ideals themselves were false. They were, in fact, the most revolutionary leap forward for human freedom in history. … those ideals eventually led to the emancipation of slaves and the slow, uneven and incomplete attempt to realize racial equality over the succeeding centuries.

The 1619 Project argues that the Founders achieved independence from Britain for the express purpose of continuing slavery, which is curious, given that British colonies in the West Indies (Jamaica and Barbados among them) were much more slave-driven than the American South at the time of the Revolution.

The 1619 Project worldview argues “that everything about America today is related to that same slavocracy — biased medicine, brutal economics, confounding traffic, destructive financial crises, the 2016 election, and even our expanding waistlines!”

Blaska’s Bottom Lines: Sullivan doesn’t say it in so many words so Blaska will. The NY Times 1619 Project fuels the progressive-socialist fundamental tenet: AMERICA WAS NEVER GREAT. Once you buy into that Howard Zinn deconstruction, Bernie Sanders or Elizabeth Warren become viable successors to George Washington and Abraham Lincoln. Start writing those reparations checks, bigots.