Republicans turned off or Democrats turned on?

Let the post-mortems proceed! Get our elbows deep into the bloody cadaver!

Donald Trump talks about pulling Ron DeSantis for governor and Rick Scott for senate across the line in Florida and he has a case. Most first-term presidents lose seats in their first mid-term elections. Obama’s Democrats in 2010 lost 66 House seats and 9 senators; Trump’s Republicans lost 26 in the house and actually gained 3 in the Senate. 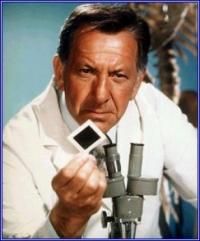 Trump stumped for the Wisconsin ticket up in Mosinee. How much did he help? Would it have been worse had he not? Or did he hurt? Wisconsin was never North Dakota strong for Trump. He took the state two years ago by only 23,000 votes.

Vicki McKenna* argues that Republicans sat on their hands in Milwaukee and Dane Counties. Typically, Dane County accounts for 6% of the state’s total Republican vote. Yes, Dane County, because it is the second most-populous county. Tuesday, however, Dane County under-performed by 15% — accounting for only 5.35% of the GOP vote. Populous Milwaukee County accounts for 11.7% of the Republican vote in most years. This time 9.7% — a 23% drop-off. Those counties gave Republicans only 85% and 77% (respectively) of the statewide votes they normally give.

In hard votes, Milwaukee and Dane delivered 18,071 fewer votes to the Republicans than is the norm; statewide, Walker lost by 30,758 votes.

The other side of the coin is that Dane County went crazy for Democrats. From far-north and tourist-destination Minocqua, Joe Handrick always has good analysis:

Lots of factors that went into Evers win, but if you’re looking for just one that is decisive: Dane County margin. The margin was massive because not only the turnout went up, but so did the Democratic percentages.

This massive increase in Dane margin answers the question, “why did Dems go from losing GOV in 2014 to winning in 2018, but not pick up any leg seats?” DEMs already own the Dane seats, so gaining an additional 49,000 margin there does NOTHING to help win more seats.

Walker gets 56% in remainder of state and therefore most of those seats go GOP.

So the question becomes, why weren’t Republicans energized? Then again, Republicans lost the governor’s mansion in Michigan, Illinois, and Kansas as well.