The Stately Manor has managed to coax a little more information out of Madison police over the riot that occurred shortly before 10 Tuesday morning at La Follette High School. A disturbance so serious that three students were injured, 18 police responded, and the number of students fighting is still hard to come by.

There is growing evidence that these melees are more common in Madison’s four public high schools than is generally known.

Ald. Paul Skidmore tells the Squire, that he is aware of “similar serious incidents at the other public high schools.” The alder says he wants “to raise public awareness to this growing problem.”

While our high schools erupt in violence, a small but noisy group of social justice warriors wants to kick police out of schools. Playing the race card, they are speaking to a receptive Madison school board.

Just Wednesday (02-14-18) a lone gunman slaughtered 17 students and teachers at a high school in a suburb of Fort Lauderdale, Florida. But Madison’s war on police want to expel sworn police officers, armed and trained for just such emergencies, out of school? But not the troublemakers?

The proprietor of this essential Blogge will devote another chapter to the Florida shooting. For now, here are the details released by Madison Police Chief Mike Koval on the La Follette H.S. brawl: 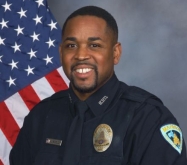 It is hard to say how many students were actually involved in fighting. Once the fight began between a group of girls, it appeared as though a couple of smaller fights also broke out. In addition there were dozens of students pushing towards the incident to watch while others were trying to video record with their phones.  There were several dozen students in the immediate area.

Captain [Thomas Snyder], a lieutenant, a gang officer, and an ERO [educational resource officer Ken Mosley ] were meeting at the school when the fight broke out. An additional 14 officers or detectives responded. Some arrived as the fight had ended, but remained on scene until classes were resumed and students were out of the halls. Several officers remained on-site for over two hours.

A teacher was knocked over and fell to the ground and suffered a minor leg injury while attempting to assist. No arrests were made at the time of the incident, but there will be several citations/arrests as a result of students actions. Chief Koval said based on the behaviors described, “disorderly conduct” would probably be the most egregious charge. However, pending follow-up investigation, if our investigation reflects “intent” to do harm which subsequently caused these various injuries, more stringent charges could be possible.

The fight involved multiple females who are known to one another and have had on-going disputes for several months. The fight started in the Commons area when one group approached another and words were exchanged. None of the students was believed to be armed. No force was used by officers other than going “hands-on” with students in an attempt to pull them apart, separate combatants, and/or escort them to nearby offices for further investigation.

Multiple LHS staff members were on-scene almost immediately and many others arrived soon thereafter to assist. Staff did a good job in restoring order and facilitating the crowd to move along so classes could resume. School administration has been forthcoming and cooperative throughout the process.

→ Madison school board’s ad hoc committee on police in high schools meets at 5 p.m. Wednesday, February 21, in Room 103 of the Doyle Administration Bldg., 545 W. Dayton St., Madison. The Squire will be there. Will you?

Blaska’s Bottom Line: Disadvantaged students need police in our schools the most. Or would you rather that more students and teachers get injured?