Activists are forcing police out of Madison schools

Another school shooting, this one Tuesday in Marshall County, Kentucky. Two killed, 18 wounded.

One national group has tallied 283 shootings at schools since 2013. Like so many, the killing in Kentucky stopped only when armed police responded.

Not that Madison has noticed. This would not be The Emerald City without social justice warriors clamoring “Police out of our schools.”

The usual cop-hating suspects — including such Derail the Jail squawkers as M. Adams’ Freedom Inc., Progressive Dane, and the Socialist Alternative — decry the “school to prison pipeline.” As reported by Dane County’s Progressive Voice:

Restorative justice practitioners had a clear message for the Madison School Board’s committee on police in schools: It is time for the police to go.

Their operating theory is that racist police need to fill empty jail cells with innocent victims. Being Madison, they are finding sympathetic ears on the Madison school board.

You are not responsible for your behavior

Faced with the breakdown of discipline that brought police to Madison’s four high schools in the first place, the school board is now looking at experimenting with “restorative justice.”

The Capital Times helpfully explains that

Restorative justice is an alternative approach to school discipline. The approach seeks to move away from punitive, reactionary responses to student misconduct to positive responses that examine root causes of misbehavior and repairs harm done to the school community. 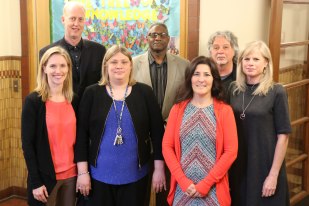 Tell the Madison school board you support police in the schools

Translation: Restorative justice may or may not result in school discipline. Seeking “root causes” in Madison inevitably leads down the rabbit hole to Donald Trump and Scott Walker. It tells the world that the miscreant is not responsible for his screw-ups; s/he can’t help it. They are victims. Poverty. Society. Racism. All of his needs are not being met.

As one of the restorative justice experimenters put it: “We are always talking about youth accountability, but we need to talk about adult accountability as well.” Yeah, give the teacher a time out.

That message, as gauzy as a ballet of dancing unicorns, is taking root on the school board.  A committee studying school police (or EROs, “educational resource officers”) next meets at 5 p.m. Wednesday, Feb. 21 at school district hdq, 545 W Dayton St.

Other school districts around the nation are considering booting police, pressured by the same social justice warriors at work in Madison.

According to U.S. News & World Report: A study on a Chicago police-school partnership program showed that crime fell 50% in a four-year period; another study saw a drop in assault and weapons charges with the presence of a school resource officer.

Other studies, to be fair, found police presence corresponded with an increase in arrests. As if that were a poor outcome. Let’s be honest here: Police are not posted in seminaries; they walk the halls of troubled schools. In the last couple of decades, Madison’s public schools have become troubled. We had our spitball fights back in the day but we never assaulted teachers.

Police Chief Koval believes that if the EROs are kicked out of our schools, violence and other problems would increase, as would calls for service. At that point, an officer responding to a call would handle the situation the same way that they would anywhere else in the city, and that there would be no ERO to add context to the situation, or to provide background information on the subjects. Arrests would actually increase. (“A good ERO wears many hats.”)

Back to Kentucky: The slaughter of innocents at Sandy Hook elementary school as well as at Columbine stopped only when armed police responded. Police in the hallway mitigated the damage in, for one example, the 2013 shooting at Colorado’s Arapahoe High School. No telling how much slaughter police prevented just by their presence.

Tell School Board members you support police in schools.

Blaska’s Bottom Line — How about this idea: do what teacher says and don’t beat on other students. If you don’t learn it at school and you haven’t learned that at home you’re traveling along the real school-to-prison pipeline.

9 Responses to Activists are forcing police out of Madison schools