Tuesday’s elections are the rising tide that will lift all Republican boats throughout the nation, including Wisconsin’s state and congressional elections next year.

Becky Kleefisch is looking cuter all the time compared with an incumbent governor who took the side of Jacob Blake against the police and dilly dallied while outside agitators burned down Kenosha. 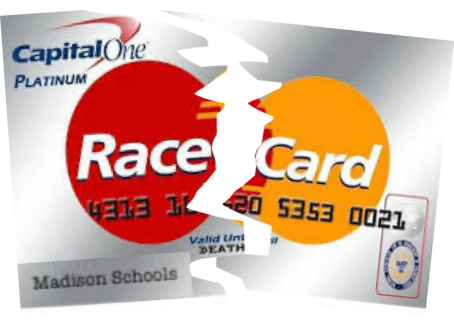 Tuesday night’s off-year elections across the nation exposed Democrats as race-baiting, top-down socialists — as culture canceling, cop-bashing champions of victimhood. The progressive party has been outed as enablers of the window smashers and street poopers. As snobs who sneer at the deplorables who work with their hands; guilt-mongers who champion biological boys visiting girls’ bathrooms. The party of Martha’s Vineyard is exposed as globe-trotting chardonnay sippers more concerned about climate change than safe schools down the street. (Whew!)

Where else but on National Public Radio this morning a Democrat(ic) party operative feigned to hear the apocryphal Republican “dog whistle.” May we suggest our liberal …acquaintances are suffering from political tinnitus?

Kudos to the NPR host to point out that Glenn Youngkin made gains even in majority black precincts. If the Virginia Republican actually had been the candidate of racists, why did the disgraced Lincoln Project need to pose as fake racists with tiki torches?

→ Nothing phony about their racism.

“Glenn Youngkin was able to use racially coded attacks to motivate sky-high white turnout without paying a penalty among minority voters. … By failing to counter his opponent’s racial dog whistles, Terry McAuliffe …”— Two Democrat(ic) politicos in the New York Times.

The Lt. Governor is so Winsome!

The ultimate rebuke to the race hustlers is that two minority candidates were elected on the same Republican ticket. Winsome Sears, a female Jamaican immigrant was elected lieutenant governor. Jason Miyares, a Cuban American, was elected attorney general.

No more bad-mouthing America from the new Lt. Governor.

“What you are looking at is the American dream,” she announced election night (2 November 2021).

“There are some who would like to divide us. Who would like us to believe we are back in 1963. But now … we own the water fountains. In case you haven’t noticed I am black and I have been black all my life. But that is not what this is about!”

Blaska’s Bottom Line: Was there anything ever so absurd as alleging that Madison WI is “institutionally racist”? That someone succeeded only because of “white privilege”? In a city whose chiefs of police, school district superintendent, school board president, district attorney, three of four  state reps, and sheriff are minority race? And all are Democrats — progressive Democrats — fanning racial discord.

Will Joy Reid take that dare?