The answer is No (btw) because
assault and battery is still a crime!

Wisconsin law is clear. If violence breaks out in school, you call the police and you call them first thing.

Madison’s public schools violated state statue when it did not call in the police after an East high school sophomore was pummeled by two assailants as he sat at his desk. We’re not the only ones to notice. Retired UW Law School prof Ann of Althouse asked, “Why don’t schools call the police when crimes are committed in school?”

Again we post the flow chart of the school district’s critical response plan. A starving mouse would go dizzy in this bureaucratic maze. See if you can find where it says Call the Police. In fact, the first step reads: “Central Office Notified.” 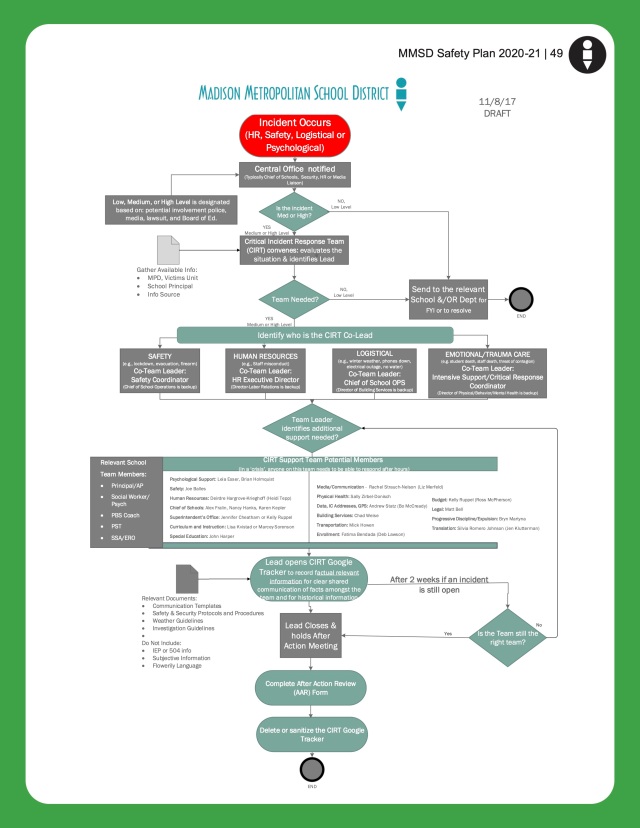 Get a closer look here at page 49

As a corrective, the Werkes offers this simplified version that even school board president Ali Muldrow might understand. 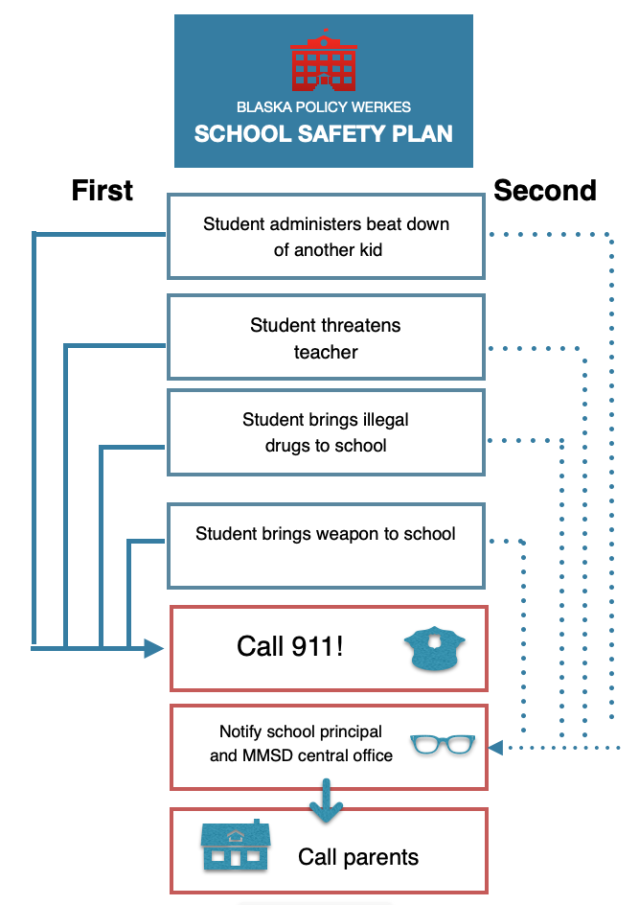 WI Statute 118.07(4)(bm)— A school safety plan shall include all of the following: … 3. Guidelines and procedures to address school violence and attacks, threats of school violence and attacks, bomb threats, fire, weather-related emergencies, intruders, parent-student reunification, and threats to non-classroom events, including recess, concerts and other performances, athletic events, and any other extracurricular activity or event.

WI Statute 118.07(4)(cm)— Neither a school board nor a governing body of a private school may include in a school safety plan any of the following:

The mother of the battered sophomore tells WMTV-15 News that the school district didn’t even notify her, much less call the gendarmes.

Are YOU willing to make Madison’s schools safer?

12 Responses to Are Madison schools exempt from state law?