There’s a blues singer who begged, “Don’t do me like that.” It was either Tom Petty or louche lounge singer Tony Clifton. Maybe both.

Rebecca Kleefisch should be singing that lament today after Sore Loser Man called on Sean Duffy to run for governor of Wisconsin. (Read & Weep.) Duffy is the photogenic former congressman, prosecutor, and reality TV star from Wisconsin’s Way Up North. No question, Sean Duffy is prime time. So is his eye-candy missus, who has hosted Fox cable news programs. 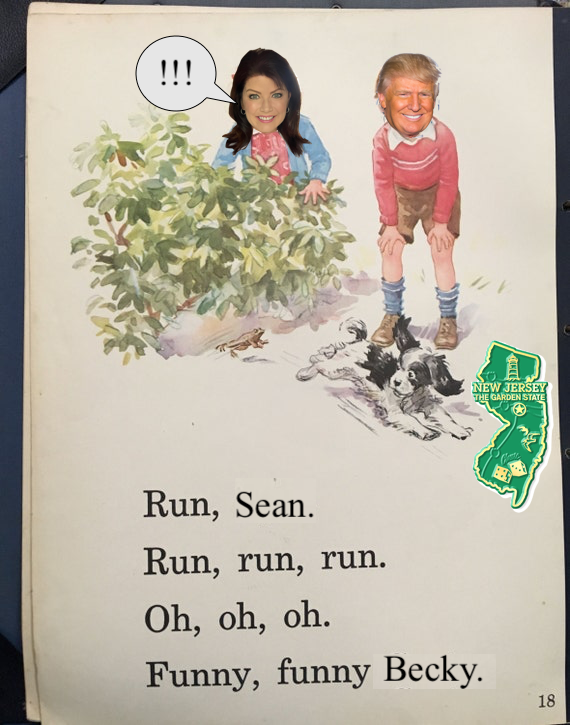 Where did that come from?

But Sean Duffy has indicated ZERO interest in running for governor. We keep an ear on the railroad tracks; would’ve heard whispers. The WI State Journal reports his address is now New Jersey. (They do need a governor.)

Why would #45 diss Becky Kleefisch that way? She is an announced candidate, loyal lieutenant to Scott Walker, paid her dues. The camera likes her, too. Becky has been beating the hustings throughout the state. Has kept the faith with the Republicans In Trump Only (RITO) contingent. Makes nice with Robin Vos. Supports the Gableman crusade. Pro-life, pro-gun, pro-cop. If there is a box Becky does not check, it’s waiting to be offloaded at the port of Long Beach.

Blaska’s Bottom Line: Back in our college days, our girl friend Cookie would parody the Peter, Paul & Mary song (written by Gordon Lightfoot) popular at the time. “You get VD from loving me,” she would sing. Same thing with Sore Loser Man. Initial thrill, then crabs. At some point, trying to keep this man happy will kill the party.

What tune should Becky be singing?