‘will destroy our country’

“We are living in a country whose elites are teaching us to see each other primarily on the basis of race, and to hate each other for it.” So writes Rod Dreher in the American Conservative.

Dreher’s exegesis is so far the most damning exposition of Wokeness, social justice, identity politics, critical race theory — call it what you will. Right here in Madison WI it prohibits neighbors from erecting a Trump yard sign, dumbs down report cards in our public schools, demonizes police, and spins criminals through the courthouse revolving door. Basically, it is the Progressive Dane agenda that The Capital Times espouses and Mayor Satya practices.

This toxic ideology “is sweeping across America the way Bolshevism swept across the Russian Empire before the October Revolution in 1917.” Dreher writes: 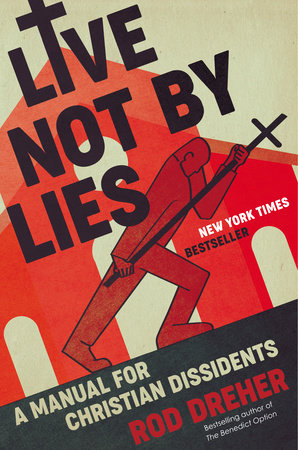 Like the early Bolsheviks, [“The social justice cultists of our day”] are radically alienated from society. They too believe that justice depends on group identity, and that achieving justice means taking power away from the exploiters and handing it to the exploited. …

Social justice cultists, like the first Bolsheviks, are intellectuals whose gospel is spread by intellectual agitation. It is a gospel that depends on awakening and inspiring hatred in the hearts of those it wishes to induce into revolutionary consciousness. This is why it matters immensely that they have established their base within universities, where they can indoctrinate in spiteful ideology those who will be going out to work in society’s institutions. …

•   I hear all the time from college students telling me about how afraid they are to say what’s on their mind in their classes, for fear of being failed by their professors, or attacked by a mob of students. …

•   A Norfolk, Va., police officer was fired for the perfectly legal act of donating $25 to the defense fund of Kyle Rittenhouse? Madness.

•   We saw a white police officer shoot to death a black teenage girl who was in the process of trying to stab another black female. He saved the life of a black woman — and for that, he was denounced by the usual suspects as a racist killer, and one of the richest and most powerful athletes in the country, LeBron James, tweeted out the cop’s face and a threat.

Why anybody would want to be a police officer in a country like ours is becoming, I have no idea.

Parents who flee will be called racists

“Because most black students, for whatever reasons, are disproportionately underachieving in math, the state, in its bountiful compassion, is going to level everybody else down. You know what’s going to happen, then, right? The rich will be able to afford to take their kids out of public schools and put them into schools where they won’t be held back to the standards of the weakest students. The middle class and the poor are out of luck.

“How is this justice? This kind of thing is advancing everywhere in this new America.” — Rod Dreher.

Rod Dreher’s Bottom Line: “Now we learn that the Biden administration is planning to go big on pushing Critical Race Theory on all public schools in America. This neo-racist ideology, which has become the dominant ideology among American elites and their institutions, is going to destroy the country.”

How will YOU fight Wokeness?

15 Responses to The neo-Marxist racism of social justice warriors