Saying the most unpopular and unwelcome thing

‘I do not withdraw a single word’

“A former president, who provoked a violent attack on this capitol in an effort to steal the election, has resumed his aggressive effort to convince Americans that the election was stolen from him. He risks inciting further violence. Millions of Americans have been misled by the former president. They have heard only his words, but not the truth, as he continues to undermine our democratic process, sowing seeds of doubt about whether democracy really works at all.” — U.S. Rep. Liz Cheney, R-WY 05-11-21.

It is 30 September 1938. Neville Chamberlain has returned to London from Munich, waving a scrap of paper. He had just given away democratic Czechoslovakia, its mountain defenses and significant armaments industries, to Adolph Hitler — free of charge — and he was damned proud of it.

King George VI invited the P.M. to share his balcony and accept the adulation of the crowds. Chamberlain was being likened to Disraeli and Gladstone for appeasing the dictator and forestalling his wrath.

In the House of Commons, a back bencher bucking his own party leaders, Churchill marshaled the English language and sent it into battle (as was said of him many years later). 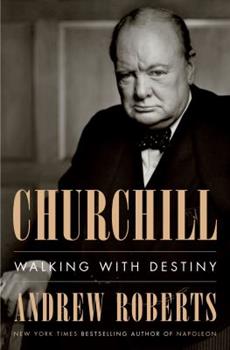 “I begin by saying the most unpopular and most unwelcome thing. I begin by saying what everybody would like to ignore or forget but which must nevertheless be stated, namely, that we have sustained a total and unmitigated defeat. … The German dictator, instead of snatching his victuals from the table, has been content to have them served to him course by course.”

For naught. On October 5, the House of Commons approved the Munich Agreement by 366 to 144. Churchill, long in the political wilderness, was now persona non grata in his own Conservative party. Andrew Roberts continues:

“Between November 1938 and mid-March 1939, Conservative Central Office made a coordinated and sophisticated attempt to deselect* Churchill as the Conservative candidate for Epping. (* Deselection is when support for an MP is withdrawn by their local party.) Biographer Roberts continues:

In a press statement [the local party boss] condemned what he called “Mr. Churchill’s unhelpful attitude towards the man at the helm” Afterwards, the Loughton branch passed a motion requesting that Churchill support the prime minister.  … On March 4, Epping constituency officials denounced the absent Churchill.

“Almost any other politician, faced with a revolt on such a scale in his constituency within a few months of a general election, would have made compromises or toned down his speeches to head off a potentially disastrous outcome. Instead, Churchill … told [his constituency] “I do not withdraw a single word. …”

“What is the use of parliament if it is not the place where true statements can be brought before the people? What is the use of sending members to the House of Commons who say just the popular things of the moment and merely endeavor to give satisfaction to the government whips by cheering loudly every ministerial platitude? People talk about our parliamentary institutions and democracy, but if these are to survive, it will not be because the constituencies return tame, docile, subservient member and try to stamp out every form of independent judgment.”

Roberts continues: “At dawn the next morning, the entire geopolitical landscape changed when Germany invaded the rump of Czechoslovakia. … All the years of protestations about how Hitler wished only to incorporate ethnic Germans into the Third Reich were revealed overnight to have been lies, and those appeasers who believed him to have been his dupes.”

Blaska’s Bottom Line: Churchill said of an opponent that history would not treat him well. “I know, because I intend to write that history.” History despises appeasement but rewards courage. Appeasement goes with the flow, courage stands against the odds.

Where do YOU stand?

55 Responses to Saying the most unpopular and unwelcome thing