When do we want it? Never!

The gray lab coats here at the Werkes have isolated a contagion infecting the bloodstream of a once-healthy body politic. This toxin is called “Equity.”

Call 911 if you find Equity in your neighborhood. Lock your doors, seal your windows, for the corrosive effects of Equity is rotting the foundations of a free society. Fight Equity with all your might! Seek medical attention if you come down with the symptoms of Equity. Left untreated, it is fatal to the body politic. It is the bedrock principle of modern progressivism. (See “The Grinch that stole Equity.”)

No, we did NOT write “Equality.” We said “Equity.” (Pay attention, people!) Equity is the boss buzz word in enlightened sectors like Madison WI. Charles Lipson, emeritus professor at the University of Chicago, explicates:

His essay in the Wall Street Journal is headlined: “‘Equity’ is a mandate to discriminate.” 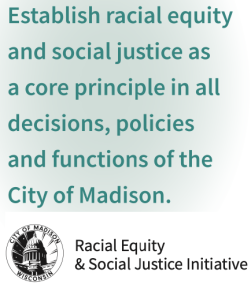 “Those who push for equity have hidden these crucial differences for a reason,” Professor Lipson writes. “They aren’t merely unpopular; they challenge America’s bedrock principle that people should be treated equally and judged as individuals, not as members of groups.”

The demand for equal outcomes contradicts a millennium of Anglo-Saxon law and political evolution. It undermines the Enlightenment principle of equal treatment for individuals of different social rank and religion. America’s Founders drew on those roots when they declared independence, saying it was “self-evident” that “all men are created equal.” …

The Bottom Line goes to Professor Lipson: “Instead of making their case openly and honestly, advocates of equity twist and turn to avoid revealing their radical goal of re-engineering society through coercion. If the results fall short, as they inevitably [do], the remedy is obvious: more money, more rules and more indoctrination.”

Have YOU been re-educated?

14 Responses to Down with Equity!