Madison has been triggered!

But the needle is moving our way!

Every cause needs a martyr and for many of us, Mike Koval will do nicely. He saw the P.C. gang graffiti on city hall before retiring his badge. His resignation Sunday (09-29-19) was a siren in the night alerting others to take up his battle with the cop-bashers.

The battle for Madison hearts and minds has been joined and not just by the usual suspects (like that awful Blaska!). 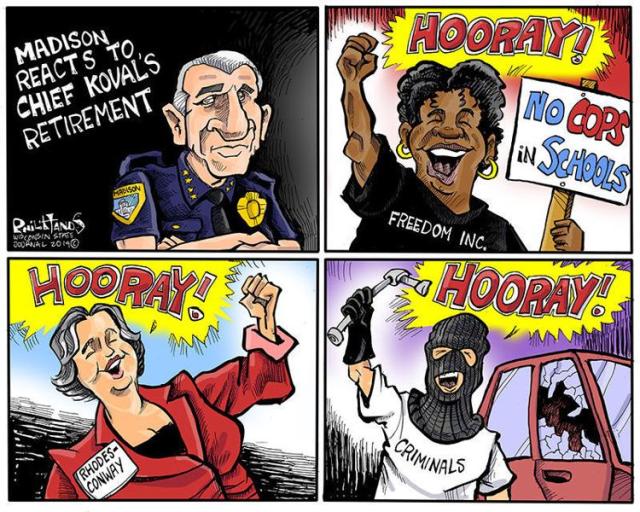 On the same page: two more excellent letters to the editor from new voices. Thank you, Joan Ellis Beglinger:

What is social justice? Certainly not the myth of victimhood that is creating a culture of dependence and sinking each generation further into the abyss. This is racism at its core. Social justice is seeing the unlimited potential in every person and ensuring that opportunity and expectations are color blind.

Thank you to the Madison City Council, Madison School Board and Mayor Satya Rhodes-Conway. Their efforts have finally succeeded in driving a good and decent man from the Madison Police Department.

Our NextDoor social media here on the southwest side is also buzzing with outrage.

Public safety is a First Thing*

* Except in Madison. The Progressive Dane mayor chose to spend $200,000 on a full-time police “watchdog” rather than the three extra beat cops that money would have purchased. Koval said the department is 31 shy of where it should be.

Lost in the shuffle is Mayor Satya Rhodes-Conway’s short-sheeting of the fire department. They’ve been asking for an ambulance at the new fire station on the southeast side; didn’t get it. One of these days someone is going to go D.O.A. And fire is down 10 to 12 firefighters.

Satya also has more money for rapid bus transit, which is fine if you’re not afraid to ride the bus. A couple transfer points in Madtown, we would avoid. Downtown property owners will pay more to maintain public areas but without getting more police on Upper State Street.

If you do not feel safe in your own home government has failed. But you will pay more for the privilege — 3.4% more. That’s not counting the wheel tax — $40 for each motorized vehicle. That’s $160 at Stately Manor’s stables. 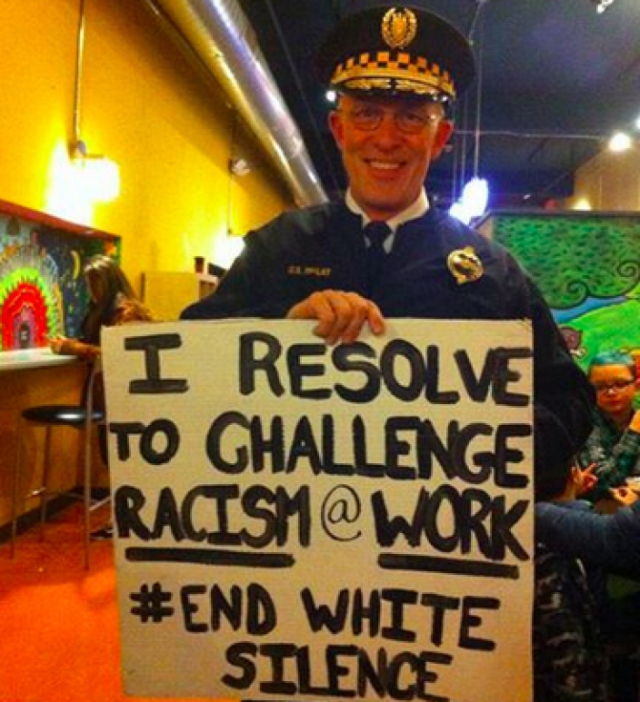 Some early bets are on Cameron McLay as the new permanent police chief. He’s a former Madison police captain who was run out of Pittsburgh after two years when he accused his own force of racism. The police union there (a real police union) gave him a vote of no confidence.

McLay was a finalist for the top cop job in Seattle last year. Its mayor loved his “passion for reform,” according to a news source there. But its rank and file police “didn’t get any positives when they were talking to Pittsburgh and Madison.” McLay is Satya’s deputy mayor for law enforcement.

Acting police chief Vic Wahl told NBC TV-15 he will not apply for the permanent position.

Asked if he might change his mind after being on the job a few months, Wahl answered “No, I don’t think so; if anything, it would probably have the opposite effect.”

“I think Chief Koval and I in terms of substance were perfectly aligned,” said Wahl.

Blaska’s Bottom Line: Keep the heat on! Tell the mayor what you think. Instruct the alders. Sign Paula Fitzsimmons’ petition.

For further study: Koval says the mayor and others “are hell bent on placating a small group of dissenters that despise MPD.” Dylan Brogan in “Out with a bang.”

53 Responses to Madison has been triggered!