Fighting discipline ‘and other racist acts’ in the Madison schools

Kaleem Caire for Madison school board

A reader has shamed Blaska into applying for the vacancy caused by Mary Burke’s inexplicable resignation from the Madison Board of Education.

As I told the WI State Journal, I have no hope of being appointed but one must put up the good fight.

I see that Ed Hughes has applied. He served nine years and is a member of GRumps (“GRandparents  United for Madison Public Schools.”) That group of former school board members includes the likes of Nan Brien, Anne Arnesen, Carol Carstensen, Bill Keyes, and Bill Clingan. All good, guilty white Madison liberals.

GRumps held the first candidate forum of the Spring election campaign. They asked how the candidates would close the racial achievement gap. Blaska responded thusly: “You guys OWN the achievement gap. It occurred under your watch. Blaska did not eat anyone’s homework.” GRumps’ agenda copies that of the Democrat(ic) party: choke off school choice, deny charters, repeal Act 10 reforms, labor union teachers first, kids second. 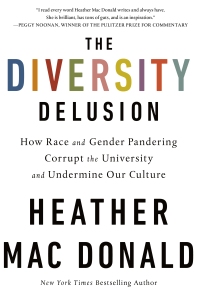 ‘I AM the diversity’

One Hundred Black Men held its own candidate forum at Wright middle school. Blaska pointed at himself and announced, “I AM the diversity.” All the others, with the exception of Kaleem Caire, were more of the same old, same old, I said.

Speaking of same old, same old: the Madison school district has some window dressing called the “Black Excellence Think Tank.” It stamped out a report that accused the district of “a long history of failing to make space for and to nurture the excellence of Black children and their families.” (More here.)

Standard virtue-signaling boilerplate. What do you mean there’s no space? There are no desks for black kids to sit? They got to stand out in the hallway? No textbooks? No computers? Banned from sports?

“MMSD must undergo fundamental changes in its organizational culture and practices.” Like what? The report never says.

The report is more notable for what it does not say. Not one syllable referencing the duty to parent, the disaster that is the Behavior Education Plan, the ineffectiveness of restorative justice, “truancy in school,” abysmal truancy rates and unacceptable in-school behavior Madison under-achievers. Now THERE is your fundamental change!

The Tankers want to reintroduce segregation: a black student union. And pay black parents to show an interest in their kids. The tankers prefer the term “paid parental liaisons.” And, of course, a black ombudsman to sniff out racial incidents. Not that anything could deter Jen Cheatham from rushing to judgment as she did in the Whitehorse “hair-pulling” incident.

Black Excellence Think Tank gives their game away with this statement:

We want students and their families to know there is accountability for the emotional trauma of discipline and other racist acts. We want regular reporting on how these issues have been handled.

“Discipline — and other racist acts.”

What did you expect from a group that included Black Lives Matter disrupter Brandi Grayson and Matt Braunginn and Freedom Inc.’s Mahnker Dahnweih? The latter informed the school board that “black, queer feminism has the answers.”

Blaska’s Bottom Line: My application for the school board vacancy says if they don’t name Blaska, appoint Kaleem Caire.