‘Few answers in report on police’

Good on Chris Rickert. I’m sure he misses his opinion column on Page 2 of the Wisconsin State Journal but, given the contracting news business, at least he is doing honest labor as the Madison city hall reporter. Mostly indoor work. No heavy lifting.

Chris has come over to the dark side here at The Stately Manor with his report today (01-02-18) on the Madison police proctology, aka the search for implicit bias, latent racism, white privilege, white-robed night riding, and general loucheness. The headline over his story in this morning’s print edition sums up what the Blaska Policy Werkes concluded six weeks ago: “Few answers in report on police.” (Find the on-line story here.)

For $400,000 the Madison Common Council purchased a report from a Berkeley, California boutique that: 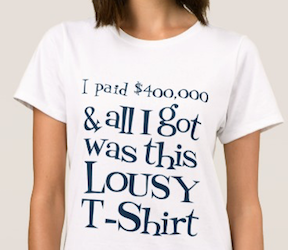 We said that the proposed auditor reporting to an independent “community review board” clearly violates state statute UNLESS that review board is the duly constituted police and fire commission. The State of Wisconsin mandates uniform management of municipal police departments.

Ald. Paul Skidmore makes a telling point in Rickert’s news story; that being that the auditor has no authority to “monitor” (in OIR’s verbiage) the MPD. Courts appoint monitors for police departments under consent decrees. That does not describe MPD.

Indeed, as the OIR Group states:

MPD is far from “a Department in crisis,” in spite of the controversy and turmoil that ultimately led to our project. Instead, as detailed below, we found much to admire and commend. There are areas in which MPD is unusually progressive, effective, and “ahead of the curve” when it comes to training and the evolution of best practices. Many of the Department’s policies and organizational structures are solid and often innovative, and their efforts to connect with all aspects of the public they serve are conscientious and often laudable. It is, in short, an agency with many strengths.

We soon learned of Madison and MPD’s well-deserved reputation as pioneers in police science and as a cradle of progressive “problem-oriented policing” strategies … for its response to issues involving the mentally ill, and its impressive strides in recruitment, hiring and increasing gender diversity among its ranks. And we were soon informed of the specialized officer programs focusing on community policing initiatives.

Rickert picks up on the Squire’s well considered mockery of the OIR Report:

At least a quarter of OIR”s 146 recommendations are for the city or police to “consider” some new approach, “continue” an existing approach, or “modify,” “amend” or otherwise tweak something it’s already doing.

Ald. Skidmore will formally introduce his budget amendment tonight asking for eight Madison police officers at $416,385 (including fringe benefits, uniforms, etc.) and three more marked squad cars for $163,530. The measure will not be debated or voted tonight but likely at the Council’s Tuesday, January 16 meeting. Unfortunately, the measure needs 15 votes from the 20 alders because it amends the recently approved 2018 budget.

Tell Mayor Soglin and the alders to support the Madison Police Department by hiring more officers. Send this e-mail today!

Blaska’s Bottom Line: Want to restore confidence in the police and respect for the law? Stand up Mayor Soglin and alders for your Madison police rather than allowing them to twist in the wind.

5 Responses to Madison spends $400,000 to study police, gets ‘few answers’ — while bullets fly