… Guided solely by social-media rumor and grievously fact-free, mistaken conclusions – the name of Wisconsin native and Golden Age acting icon Fredric March was stripped from both UW-Madison’s Fredric March Play Circle (in late 2018) and UW-Oshkosh’s Fredric March Theatre (in late 2020). These name removals took place when enough people chose to believe mere word of mouth that the two-time Oscar winner and two-time Tony winner was a member of the Ku Klux Klan (or its offshoot) and a white supremacist.

We know emphatically that not only was Fredric March not any of these —  by a measure of 180 degrees — but that he was, to the contrary, for more than five decades one of 20th-century Hollywood’s earliest, greatest and most boisterous racial-justice activists. 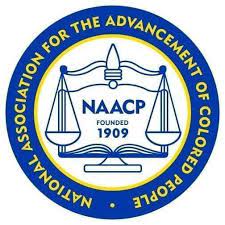 Indeed, for 30-plus-years – through the end of his life – he was a close ally of the NAACP upon whom the organization knew it could rely.  And so we remain confused as to why, on both Wisconsin campuses, the avalanche of readily accessible primary- and secondary-source materials detailing Mr. March’s loud, concerted and enduring lifetime commitment to fighting racism and anti-Semitism was never pursued, discovered, consulted, heard or made public – and why neither UW-Madison nor UW-Oshkosh has moved to correct this clear and unconscionable rejection of conspicuously demonstrable historic truth and academic rigor.

When it comes to labeling Mr. March a civil rights hero, what other conclusion could one come to about a man who:

Read the entire letter, names of the signatories, who include the late Ed Asner and Lou Gossett Jr. and the complete list of recipients.

Will you tell them this cancel culture slander
is just more critical race theory?