Progressive Dane is endorsing 13 candidates for Madison WI Common Council. Now we know whom to vote against.

PD is a hard-left political party waist deep in a supposedly nonpartisan election. Progressive Dane is Defund the Police, Derail the Jail, Cops Out of Schools. PD believes America is fundamentally flawed and institutionally racist. It embraces socialist economics, the cancel culture, and identity politics. The party has yet to condemn the kristallnacht that boarded up Downtown Madison.

Progressive Dane is the party of Mad Max Prestigiacomo. As the retiring alder likes to say: “F-bomb S* * * up!”

Progressive Dane controls Madison city government and its public schools. Indeed, Mayor Satya and PD alderman Tag Evers demanded the immediate release of Devonere Johnson. Alias “Yeshua Musa,” he’s the guy with the baseball bat and bullhorn who shook down local businesses in the name of “racial equity” during the riotous insurrection last summer (2020 and was hailed a freedom fighter. Instead of “We shall overcome,” Yeshua’s message was “Venmo me the money” or BLM trashes your store. Facing federal felony charges, the mope pled guilty and said he was sorry. Some hero. 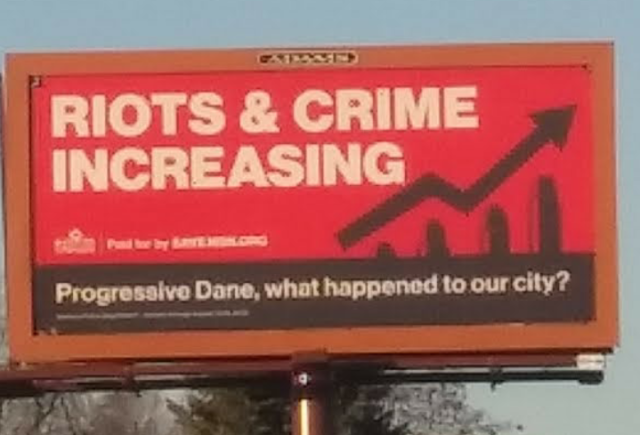 It should surprise no one, then, that Progressive Dane endorsed another bullhorn bully, Brandi Grayson. She answered PD’s questionnaire like this:

“Defunding the police is a step towards moving us to a post-law enforcement world. … The police do not make us safer.” 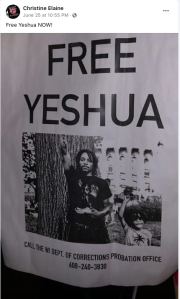 Who would be Brandi’s soulmate on the Common Council? “I have a close relationship with Progressive Dane alder Rebecca Kemble and would love to continue to work with her in office to advance change.” Kemble, as we detailed here, is another advocate of abolishing the police altogether. (NOTE:the endorsees listed here were recommended by PD’s elections committee for ratification by PD’s general membership on January 27. As of 02-01-21 that had not been updated.)

A real surprise, PD’s election committee recommended no endorsement for downtown alder Mike Verveer — even though it did endorse one other unopposed candidate. Surprising, since Verveer boasts of being on board with PD from Day One. Mildly hold-the-habeneros surprising: no endorsement for Brian Benford, seeking to succeed retiring Marsha Rummel in the PD stronghold of Willy Street. Benford appears not to have sought the blessing. PD’s election committee endorsed no one in nine districts.

Here are the PD endorsees (in red) and their opponents by aldermanic district. * indicates sought endorsement but did not get it. Districts with more than two candidates will have a primary election February 16.

What are you doing to get the word out?