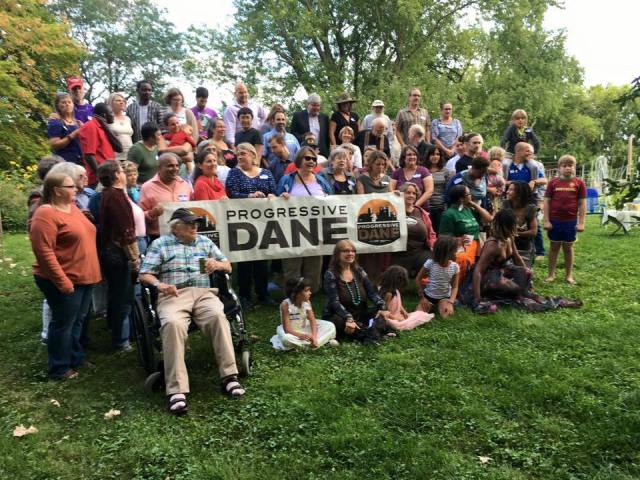 “So tired of news updates that look like this. Is there no other news in the city? I think there is but the police (and fire) make it so easy to regurgitate their press releases. In the City of Madison they both have full-time public information officers. Most departments do not.” 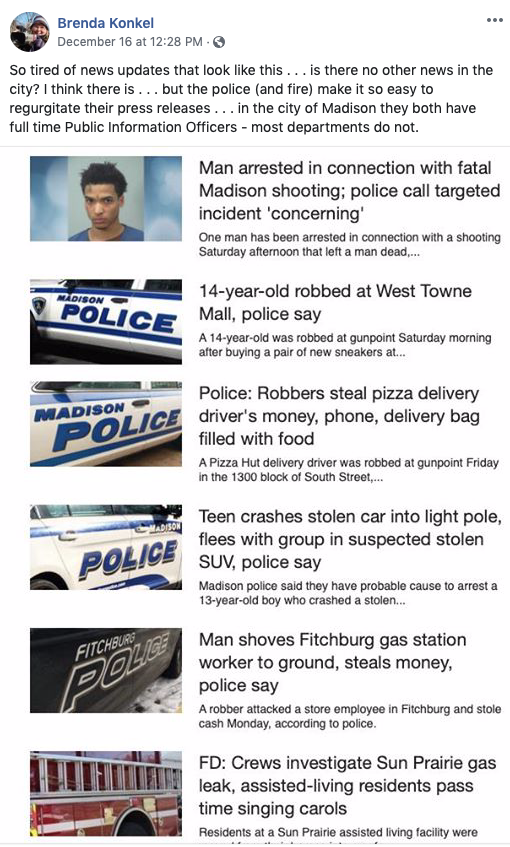 The clear implication is that Brenda Konkel would strip police and fire of the ability to inform the public of criminal activity.

⇒ The irony is that it is Progressive Dane’s upside-down philosophy — that perpetrators are victims of (multiple choice) society, capitalism, racism, poverty, Republicans, police brutality, you name it — that itself enables criminality.

Madame Konkel has some influence on the process, given that she chairs the City of Madison’s Public Safety Committee. She was appointed to that position by Satya Rhodes-Conway, elected mayor with Brenda and Progressive Dane’s endorsement and foot leather.

The mayor in her first budget proposed an increase of zero additional police officers. Nada, none. And pushed through a $200,000 full-time police second-guesser. Police Chief Mike Koval resigned in disgust. The council eventually shoehorned in three additional when Koval documented a need for 31 additional. Prog Dane, of course, was an ally of Freedom Inc. in the No Cops in Schools disruptions.

Rest assured, only a fraction of crimes reaches the mainstream news media. For a better picture, subscribe to the police department’s daily blog, which is assembled by respected former TV news reporter Joel Despain.

“New York’s Thickening Cloud of Violent Crime — A surge in horrific incidents is unsettling the city — but elected officials keep making it easier for criminals to operate.” — City Journal.