Confession: The white lab coats at Blaska Policy Werkes are beginning to watch Hannity on Fox this Christmas season. Likely the Emerald City has a roster of taxpayer-funded social service agencies eager to treat this seasonal disorder. Something involving scented candles, a circle of folding chairs, fair-trade herbal tea, and public shaming.

Hannity is an unreconstructed Trump shill but that doesn’t make him wrong about everything. More grating is that he is always his own featured guest. Lindsay Graham, chairman of the Senate Judiciary Committee, appeared on the show Monday night trying to make some news and struggled to sneak a word edgewise. Topic: the Inspector General’s report on the FBI’s domestic spying abuses. Graham is going to sit Michael Horowitz down at the witness table for questioning tomorrow (12-11-19).

Now THAT will be must-see TV!

The Werkes looked in on CNN to find Chris Cuomo teeing up softballs to Andrew McCabe. The former FBI major domo declared vindication because Horowitz found no “documentary or testimonial evidence” of political bias in “predicating” the investigation into the Trump campaign’s non-existent Russian collusion. The Wall Street Journal observes:

Mr. Horowitz may not have found a memo with the words “let’s get Trump,” but his evidence shows that getting Mr. Trump was the goal of Mr. Steele and Fusion GPS. [Senior Justice Dept official Bruce] Ohr met 13 times with the FBI to discuss the Steele findings.

Mr. Steele was hired by Glenn Simpson and Fusion GPS, the oppo-research outfit hired by a law firm for the Clinton campaign. Mr. Horowitz confirms that the FBI then used the Steele dossier to trigger its application to the FISA court to spy on [Trump campaign worker Carter] Page. 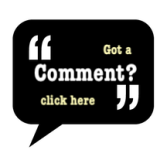 This is the same unverified “dossier” that included lurid allegations that Trump participated in “golden showers” with Russian prostitutes. In furtherance of its spying, the FBI “deceived four FISA judges” in 17 instances of untruths or withheld exculpatory information, including the fact that Page was reporting his Russian contacts to the CIA! Again, the Wall Street Journal:

In other words, the FBI was using Mr. Page’s Russian contacts as evidence against him to the FISA court even as the other agency considered his reports on those Russians to be helpful to the U.S. Mr. Horowitz says the FBI never disclosed this information to the FISA judges. …

Fusion GPS used its media contacts to spread word of the Steele dossier’s accusations, and news of the FBI’s use of that dossier became a media hook to suggest the accusations were credible. This became another part of the false Russia collusion narrative played up by the press and the likes of former CIA director John Brennan. 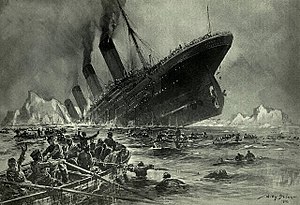 The analysis of the report by Justice Department inspector general Michael Horowitz greatly depends, as is often the case, on which cable news channel you watch. Horowitz did say … the standard for the predication of an investigation is low, simply requiring “articulable facts.” He said that, since this is a low discretionary standard, he cannot say it was inappropriate to start.

This is akin to reviewing the Titanic and saying that the captain was not unreasonable in starting the voyage. The question is what occurred when icebergs began appearing. Horowitz says that investigative icebergs appeared very early on but [the FBI] removed evidence that its investigation was on a collision course with the facts. — Jonathan Turley, chair of public interest law at George Washington University, in The Hill.

Blaska’s Bottom Line: Federal prosecutor John Durham will see the FBI in court. The two articles of impeachment announced today (12-10-19) are more nebulous than spilled ink on a Rohrsach test. More than 2 Democrats will bail on the floor vote. Dissatisfied with the field, two Democrats are buying their way into the billionaire party’s nomination contest. Their front-runner is calling retired farmers “Damned liars!” ahead of the Iowa caucus. Biden’s fortunate son says he’s done nothing wrong and promises never to do it again. Trump’s economy is a juggernaut so Warren and Sanders demand Big Socialism.

It’s shaping up to be a very merry Christmas! How’s by you?