‘City leaders are not hearing our voices’

Calls Satya’s rapid bus transit a ‘want’ not a need

“Our neighbors’ priorities run strikingly counter to those embodied in the 2020 city budget you are currently working on.” — Orchard Ridge neighborhood association

One neighborhood association is speaking out forcefully against Mayor Satya Rhodes-Conway’s police-bashing budget.

“The vast majority” of residents in Orchard Ridge (located south of the Beltline and west of Verona Road) want the city “to make public safety and additional police officers a top budget,” says a formal letter addressed to city leaders a week before the final Common Council vote [CORRECTED] on Tuesday, November 12.

“We believe are not too different from other Madisonians,” reads the letter, signed by neighborhood association president Mike Thomsen and 10 of his board members. 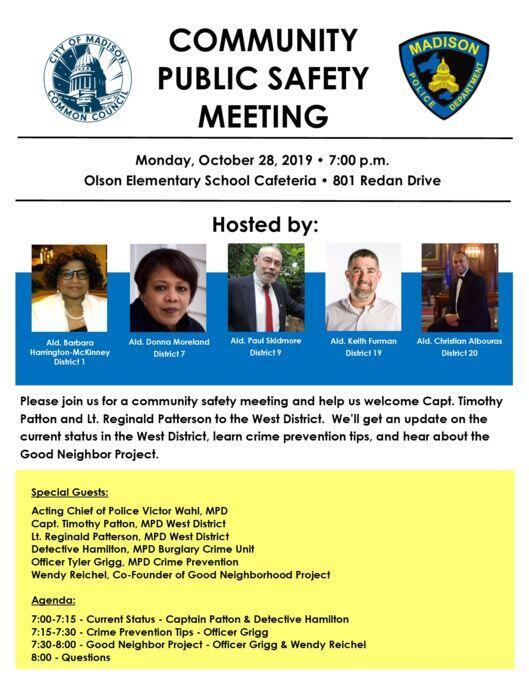 The neighborhood association said it was backed by a survey in which 74% of respondents said they are concerned about public safety; 76% said they feared walking after dark for fear of being assaulted or robbed. Two surveys sent to 1,000 Orchard Ridge residents achieved response rates of 21.5% and 17.5%.

“They clearly know the difference between needs and wants,” the association said.

Orchard Ridge also criticized “the patently regressive wheel tax, a device that allows you to increase our taxes beyond what is permitted by the state levy limit in order to rush into implementing the BRT [bus rapid transit] proposal, a gilded ‘want’ whose value many experts question.”

Once in place, the wheel tax will never be eliminated even if the BRT proposal falls through. The wheel tax enables a wide array of wants to be funded, often based on class equity criteria, yet there is no funding for additional police to help deliver on our basic need for safety. Public safety IS an equity issue!

You can make a difference

2) USE THIS HANDY e-mail FORM

to tell the mayor and alders:

1 Response to Southwest side neighborhood pleads for more police