Tony Gallli, dean of the Madison’s broadcast journalists at WKOW-TV27, asked our favorite candidate for Madison School Board Seat #4:

Any concerns over using a live feed into the MMSD auditorium Monday evening to satisfy the Open Meetings requirement, as the school board met in a room closed to the public?

Blaska answered: “None whatsoever. They did what they had to do. But they have also reaped the bitter fruit of their policy of bowing and scraping.”

The disruption of Monday’s Board of Education meeting is of a piece with the disruption in our classrooms. The same sense of victim entitlement. Rules allowing everyone gets to speak for three minutes? Just another sign of white supremacy. Shout down those with whom you disagree. Good behavior, optional. The school board does the same run-and-hide practiced by that former principal at Sherman middle school. When the kids act up, go to your office and close the door.

No community in the nation atones more than Madison for its implicit bias or renounces more vociferously its white privilege. This bastion of liberal rectitude wears sack cloth and ashes for dinners on the town.

Madison schools dumbed down behavior standards in order to comply with an Obama advisory demanding a one-for-one racial correlation between disciplined students and overall student demographics. As if white kids were shooting black kids instead of black kids shooting each other and whaling on each other in cafeteria brawls.

No wonder the Swan Creek neighborhood in Fitchburg tried to secede from MMSD! 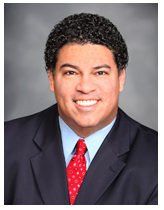 Blaska was present at the October 29 meeting when these same people shut down the school board entirely. I asked a seatmate to call 911. The police responded but only after the school board fled into the night. I and three others lodged a formal complaint with the police.

A month or so later I called on district attorney Ismael Ozanne to charge the ringleader that night, Bianca Gomez, a paid employee of Freedom Inc. She refused to relinquish the microphone, led the chants, and signaled the social justice warriors to rush the stage with their over-sized No Cops In Schools banner. All captured on video and witnessed by journalists as well as us four (which included George Meyer, former DNR secretary).

Ozanne told me that case had never been referred to his office, altho he seemed to know the details.

Chief Koval himself assured me that police had referred the case to the D.A.’s office.

(Previously: “Why won’t you prosecute the mob?” and “Ozanne excuses mob action” I warned you ain’t seen nothin’ yet. )

At the very least, charge the ring leaders with disorderly conduct. But no, it is now completely legal to shut down a governmental meeting in Madison WI. The same coterie shut down the Dane County Board in November 2017 as Derail the Jail. 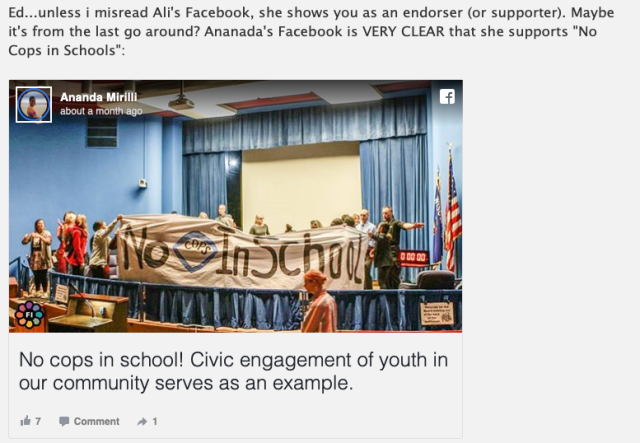 Blaska’s Bottom Line: Elect Ali Muldrow and Ananda Mirilli for more of the same. Seriously, ask the hard question: what would they do different?