The Policy Werkes subscribes to the New York Times and other liberal-progressive-socialist agitprop on the principle that forewarned is forearmed. Plus, we enjoy a good laugh at other people’s expense. 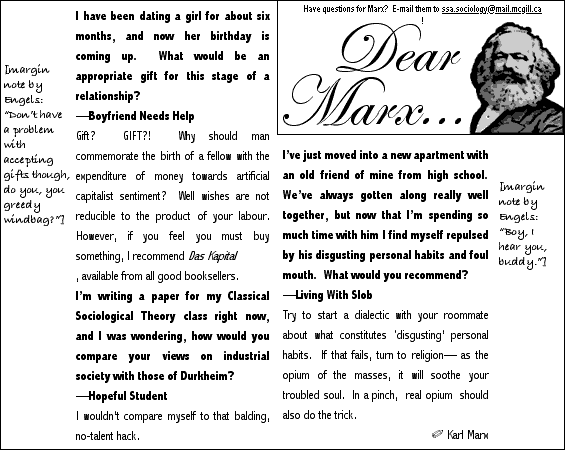 A column in the Sunday Times magazine rarely disappoints. It’s called “The Ethicist.” Guilty white liberals write to the Ethicist, all tied up in knots of their own knitting. They are conflicted about just about everything. Some of them can’t take a dump without worrying about the effect on the ivory trade in Rwanda, seemingly.

But Sunday’s (04-15-18) Ethicist was especially rewarding: “I disapprove of school vouchers, can I still apply for them?”

Ha! Ha! It is to laugh. Mom writes that she sends her kid to a private school. Kid is doing well in the school. Mom doubts the quality of the public schools in her area. Her state provides vouchers for low-income families. (Might live in Wisconsin.) She qualifies.

Problem is, “I believe free public education is an important aspect of our society. … Given my beliefs, may I apply for a school voucher?”

If Squire Blaska were answering, he would start out with “What is your major malfunction?!” (R.I.P. Gunny.)

But the Ethicist is made of more enriched material; he absolves Guilty Mom of her sin. “You’re not merely entitled to put [the kid’s] education first; you’re obliged to do so,” he pronounces, rather sensibly. But Mom doesn’t get off that easy. No, the liberal guilt is not assuaged, merely reassigned. Mom is given a liberal penance to perform:

You should take a closer look at your local public elementary school and not content yourself with the general skepticism you express … If it turns out that the private option isn’t obviously better, you can bring your beliefs as a citizen into a more natural alignment with your duties as a parent.

In other words, send the little brat to P.S. 192. There it ends. Notice anything missing, class? Yes, you with your hand up. (No, not you Baldy.)

RIGHT!!! The Ethicist could have, should have detailed the obverse, which would go something like this: If it turns out you are correct about the poor quality of your local schools — odds are that you are correct — you can bring your beliefs into a more natural alignment with your duties as a parent by QUIT TRASHING VOUCHERS, you moron! Betsy DeVos Rules!

She supports public education — just not for her kid

“My children are currently in private school … [but … but … but] … I’m a big supporter of public education, so I was already feeling guilty about my choice — and then the federal tax bill passed in December [allowing pretax deductions for 529 savings accounts for private education]. What should I do? … Take the deduction, figuring that as a New York City resident it will help offset the huge increase I expect to see in my taxes?”

Sorry, the indentured servants are still laughing at this writer’s self-imposed misery. She’s “a big supporter of public education” — just not with her kid. And she’s getting taxed to death because she lives in Mayor Carmine DePasto‘s town. It’s signed “Name Withheld.”

Michelle, is that you?

The Ethicist, good liberal-progressive-socialist that he is, advises Name Withheld to take the deduction and run but … but … but — the Penance: Name Withheld is sentenced to an indefinite term of liberal advocacy. She must lobby lawmakers to end those very same deductions. End the damnable incentives for competition in the education marketplace. Instead, encourage higher taxes in order to write bigger checks to the same, teachers-union dominated, government education monopoly. Doom those with no choice to the same misery. Nobody gets out of here alive!

Suspecting the Ethicist might be another James O’Keefe hoax, the Policy Werkes researched the named author, one Kwame Anthony Appiah. Wikipedia described the guy as a British-born Ghanaian-American philosopher, cultural theorist, and novelist.

“Appiah argues that the formative denotation of culture is ultimately preceded by the efficacy of intellectual interchange.”

As Bill Cosby used to say on his comedy albums (all my cultural references are at least 30 years old and mostly un-PC): “Rii-iii-ight.”

Madison WI
View all posts by David Blaska →
This entry was posted in Progressives, School choice and tagged School choice, The Ethicist, vouchers. Bookmark the permalink.

11 Responses to Liberal mom hates school vouchers, wants to use them, feels guilty