Your Humble Squire shared his wisdom with three Madison agencies meeting jointly Tuesday night over the Confederate Rest monument issue at Forest Hill Cemetery. Those being the Park Commissioners, Landmark Commission, and Equal Opportunity Commission. They will ultimately decide the fate of two memorial stones erected there, one of which Mayor Soglin unilaterally had removed last summer.

The joint meeting attracted maybe 60 people to Warner Park Community Recreation Center, at 1625 Northport Drive, Tuesday night (1-30-18) — most of whom spoke in favor of keeping the large monument erected in 1906. 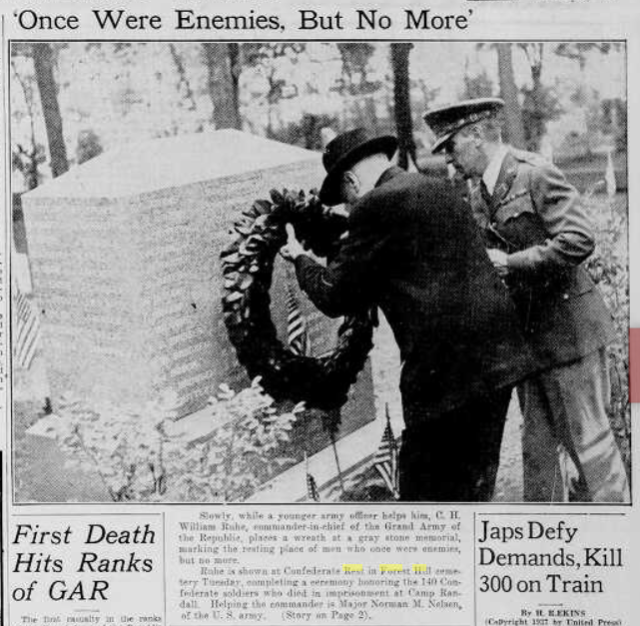 Mayor Soglin, it seemed to this observer (he being David Blaska!) broke the limits of hyperbole to suggest that that monument to Alice Whiting Waterman erected in 1906 was a devious plot by the Daughters of the Confederacy to further the South’s “Lost Cause” rewrite of history. Soglin actually lumped the Daughters with the KKK, which is a hyperbole, squared. 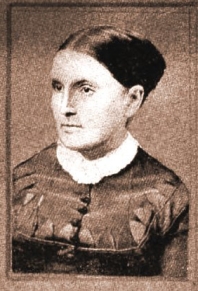 We have no doubt that the Daughters a century ago took a more benign view of their ancestors than the average Antifa crazy, today. But the monument at Forest Hill Cemetery is almost anodyne. It merely honors Ms. Waterman, unbidden, for selflessly tending to the graves of the 140 southern prisoners of war — “her boys” — buried there, perhaps in a mass grave, in 1862. That stone was the first permanent marker listing the names of all 140. The individual headstones came later, probably 1910. They replaced easily weathered wooden boards.

The clear consensus Tuesday is that the large Waterman stone should remain but that the smaller stone, placed in 1981 and removed last August, can go. It referred to the dead as “unsung heroes,” which does seem a bit much but, really, is hardly Gen. Nathan Bedford Forrest (founder of the KKK) astride a rearing horse.

Need there be a tendentious explanatory panel to explain to present-day Madison that slavery was/is wrong? (Yes, Slavery Bad! Your homework: watch Twelve Years a Slave.) That is one option under consideration. If so, any additional plaque should, instead, recite history rather than indulge in superfluous indoctrination.

Any new posting should model the mounted history panels at Gettysburg. It could state the following:

“She found it a wilderness and made it blossom as a rose.
In this labor of love she has erected a lasting monument to herself.”
— Wisconsin State Journal, 13 September 1897.

Confederates Rest is the northernmost burial place of Confederate soldiers of the American Civil War. Here lie buried 140 prisoners of war, probably in a mass grave. They had been among 1,156 captured on the Mississippi River near New Madrid, Mo., and taken to Camp Randall in 1862 where they died shortly thereafter of their injuries and disease.

Before the current headstones were placed in 1910 to replace the original and oft-replaced wooden markers, the large granite monument at front center was installed and dedicated in 1906 by the United Daughters of the Confederacy and the Lucius Fairchild Post 11 of the Grand Army of the Republic of Madison. — WSJ May 28, 1922.

It was the first permanent accounting of the fallen dead and particularly honors Alice Whiting Waterman. Born in Baton Rouge, La. in 1820, at age 9, she accompanied her parents to New York City. As an adult, she managed hostelries in Chicago and Milwaukee before moving to Madison in 1868 to manage the old Vilas Hotel. After 1883 Mrs. Waterman worked as a housekeeper and resided with a Union veteran’s family on N. Carroll St.

During her nearly 30 years in Madison Mrs. Waterman took it upon herself to tend to this burial place without government funding. The widow cleared each gravesite of weeds, placed mounds of earth above the graves, and planted trees and a hedge. She spent her last $500 to replace the wooden fence she had erected earlier with the low stone wall you see here.

At her own death in 1897, Mrs. Waterman was buried with “her boys” in a separate grave at the right front corner of Confederates Rest.

In her work, Mrs. Waterman attracted the support of  former Governor Lucius Fairchild [himself commander in chief of the GAR from 1886-87], Fred Phillips, and Captain Hugh Lewis — all one-armed veterans and members of the G.A.R. — Wisconsin State Journal, 29 May 1885. (Captain Lewis’ daughter would unveil the memorial stone in 1906.)

Fairchild’s successor Gov. Cadwallader Washburn, a general who served under Grant at Vicksburg, led a contingent of former Union soldiers to place flowers on the graves, thereby becoming the first northern governor to honor the Union’s erstwhile enemies buried in northern soil. For many years thereafter, Wisconsin governors continued to decorate these Confederate graves on Memorial Day. — Wisconsin Magazine of History and WSJ May 28, 1922.

At the 1937 National Encampment of the Grand Army of the Republic, GAR Commander in Chief C.H. William Ruhe laid a wreath at the UDC monument in an act of reconciliation thus making the monument part of GAR history and history of the country.

Perhaps your Squire lacks the mayor’s sinister bent, but we are not seeing the hate, only the malice toward none and charity for all.  If one-armed Union veterans could bind up the nation’s wounds, so can we.