Could we Republicans be so lucky?

It is better to be lucky than good.

Donald Trump lucked out six years ago when he drew as an opponent the one-woman crime syndicate, Hillary Clinton. She just wasn’t likable enough. Four years later, Joe Biden was fortunate to run against Donald Trump, who insisted on picking fights that didn’t need fighting. Thanks to the coronavirus pandemic, Biden could play rope-a-dope from his basement.

This election cycle, looks like Ron Johnson wins the political PowerBall by drawing Mandela Barnes as his lucky ticket. First, Tom Nelson pulls out, victim of a thin checkbook, followed by fortunate son Alex Lasry just two weeks before the August 9 primary election after spending a likely $15 million. Still hard to figure. Did Chuck Schumer make a phone call to Milwaukee urging a circling of wagons to conserve resources? Only Sarah Godlewski stands in Mandela’s way. For now. 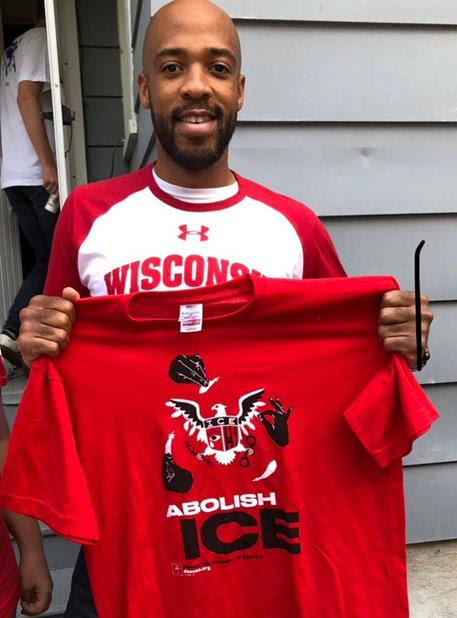 Problem for Democrats is that Barnes presents a target-rich environment. Lied about his college degree. Tax delinquent. Fined for a campaign finance violation involving the neo-Marxist Working Family Party. Worse, he’s Defund the Cops. Sided with the knife-wielding criminal Jacob Blake, whom Kenosha police shot before he could abscond with the children of a woman from whom he had a restraining order. (Got all that?) “Barnes rips Kenosha district attorney.” Says communities are “over-policed.” (Chapter and verse here.) Lasry, on the other hand, offered a clean slate.

Sen. Johnson and his allies will have new material to work with against Barnes. His endorsements from Rep. Alexandria Ocasio Cortez and Sens. Elizabeth Warren and Bernie Sanders will hurt him in the general and contribute to a theme that he is too radical for Wisconsin. Then there are Barnes’ own words and actions. Expect to see an ill-advised photo of him holding an “Abolish ICE” T shirt in a commercial soon, and that’s just for starters. At this point, I think RoJo probably wins a third term.

Democrats did this to themselves in Wisconsin. In other states, they’re spending millions to boost unelectable, MAGA-crazed candidates in Republican primaries.

Call him a RINO if you want, but Larry Hogan won as a Republican governor in that bluest of states, Maryland. Hogan’s preferred successor lost thanks to the Democratic Governors Association, which bought ads boosting an unelectable Republican to grease the skids for their Democrat. How unelectable?  Gov. Hogan calls him a “QAnon whack job.”

“We have no chance of saving that governor seat.”

In Michigan, Democrats are pouring money into a primary challenger to Peter Meijer, a Republican who voted to impeach Trump. Erick-Woods Erickson comments: “The party that believes January 6th was the worst thing ever is pouring money into the race to help a man who thinks January 6th was one of the best things ever.” Could backfire. The Wall Street Journal remembers the 02-05-16 headline in New York magazine by the left-wing writer Jonathan Chait: “Why liberals should support a Trump Republican nomination.”

Blaska’s Bottom Line: The saints are smiling on Republicans! Joe Manchin has reversed course and is signing on to Chuck Schumer’s bill costing “hundreds of billions of dollars” to fight climate change, subsidize electric cars, expand ObamaCare, and raise taxes on employers.

In the midst of 9.1% inflation,
are Americans crying for more government spending?

Madison WI
View all posts by David Blaska →
This entry was posted in Election 2022, Uncategorized and tagged Mandela Barnes. Bookmark the permalink.

19 Responses to Could we Republicans be so lucky?