Remember impeachment witness Fiona Hill?
She was in on it!

Hillary Clinton and the Democrat(ic) party weaponized the Federal Bureau of Investigation to overthrow a democratically elected President. With the connivance of a corrupt news media and party operatives like Adam Schiff they brought the Russian Collusion Hoax to the brink of impeachment. Only when that fizzled did Democrats substitute a phone call to Ukraine. We know of no other interpretation of special prosecutor John Durham’s findings to date. And there’s more to come!

Law professor Jonathan Turley is connecting the dots. We excerpt from two of his recent posts. They are must reads:

It is clear from the latest indictment why leading Democrats like Chuck Schumer tried to kill the Durham investigation. None of that however prepared some of us for the response of MSNBC’s Rachel Maddow, who called upon fired FBI counterintelligence agent Peter Strzok to question the indictments. Strzok was fired at the recommendation of career investigators and has been cited as an example of the raw bias of key players in the Russian investigation. Yet, he was the choice of MSNBC to review the recent indictments and he did not disappoint in belittling the crimes alleged by the special counsel.

Maddow was one of the leading voices pushing the Russian collusion claims. She has not corrected her past statements or apologized for pushing the discredited claims. 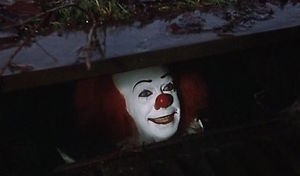 On July 28, former CIA Director John Brennan briefed then President Obama on Hillary Clinton’s alleged “plan” to tie Donald Trump to Russia as “a means of distracting the public from her use of a private email server.” Notes from the meeting state the plan to invent a collusion narrative was “allegedly approved by Hillary Clinton a proposal from one of her foreign policy advisers to vilify Donald Trump by stirring up a scandal claiming interference by the Russian security service.” That was three days before the Russian investigation was initiated. … (Read & Weep.)

The latest indicted figure, Danchenko, worked at the Brookings [Institution] … proved to be the key unnamed source for Christopher Steele and later admitted to the FBI that the information attributed to him was not just “unsubstantiated” but, after being reworked by Steele, was unrecognizable from the original gossip or speculation. … It appears that Danchenko was introduced to former British spy Christopher Steele by Brookings employee Fiona Hill. … Hill secured a position on President Trump’s National Security Council and later became a key witness against him in the first Trump impeachment over the Ukraine scandal. …

Steele also testified in London that his friend and then Brookings president Strobe Talbott was involved in briefings and inquiries on the development of the dossier. Talbott is also a former Clinton administration diplomat and Clinton friend. (Read & weep.)

When will James Comey be indicted?

6 Responses to Democrats circling the wagons on Hillary’s insurrection