Draw your own damn legislative districts!

All you solid citizens posting yard signs that read “This Time, Fair Maps” — now is your chance! Assembly Speaker Robin Vos is inviting us groundlings to submit our own congressional and state legislative districts to the map drawers!

The Speaker’s website Draw Your District WI offers three on-line computer tools that once were available only to high-end political consultants. Draw your map and submit between September 1 and October 15. We drove one of those apps: District Builder. Gives you a paint tool, color-coded by district. Swipe away at a map of Wisconsin. Break it down by counties; enlarge the view right down to the precinct level. A magnifying glass app shows how those precincts voted in past elections. We chose the 2016 presidential election that Trump won with 50.4% of Wisconsin’s vote (head-on with Hillary Clinton, discounting third-parties). Took the easy assignment; congressional districts. Only eight of those as compared to 33 State Senate districts and 99 Assembly. 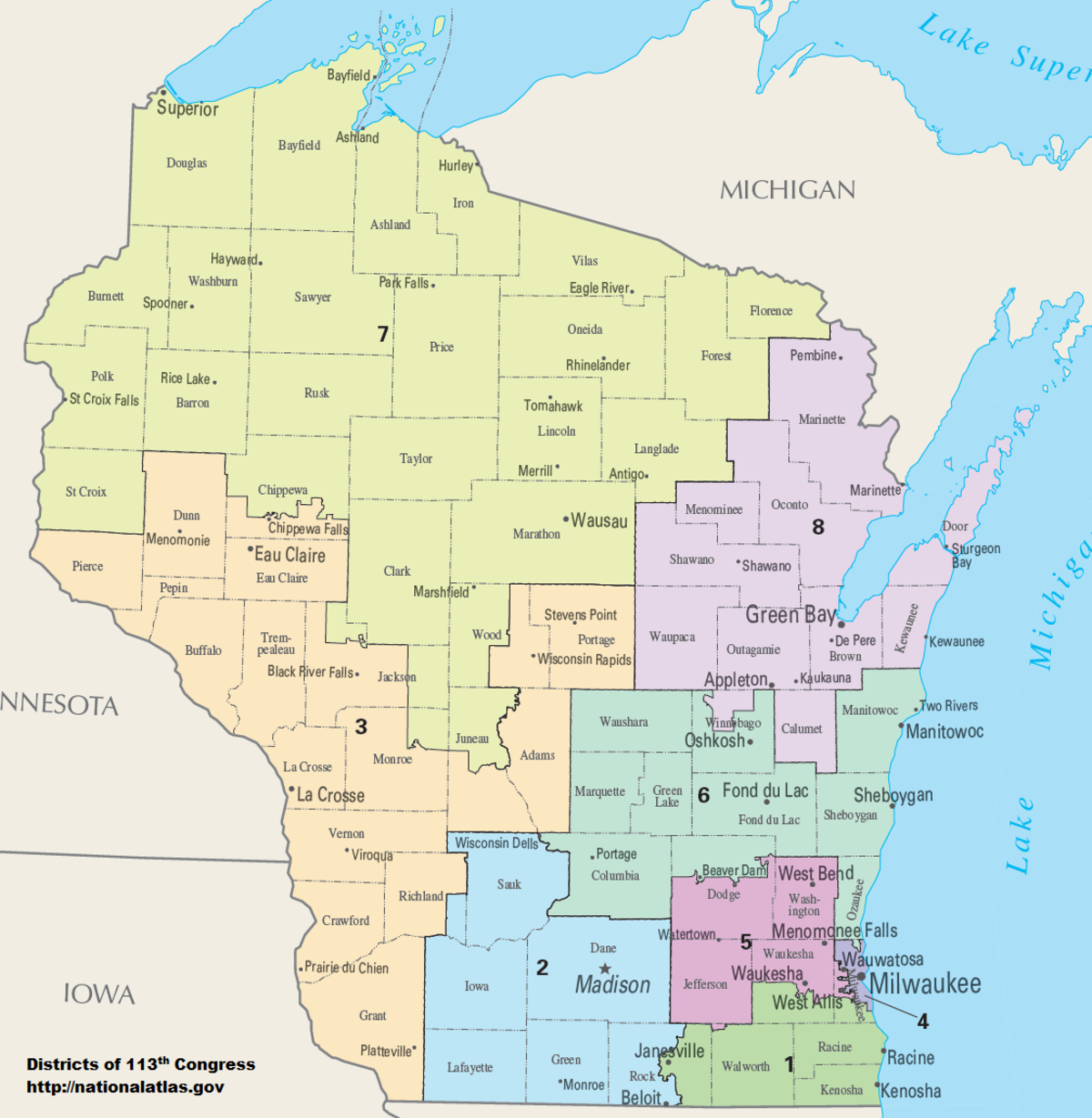 Courts want to see legislative districts that are compact, contiguous, and nearly equal in population. They also like communities of interest. The Blaska map has a 12,000 population variation between the most populous and least. Compare to the current 94,000 variation between the Madison’s Second and Milwaukee’s Fourth. Yeah, my map gives three-quarters of our House seats to Republicans despite a 50-50 presidential vote. Courts don’t care if districts are politically competitive. Supreme Court ruled that way in 2019. Political affiliations change over time, anyway.

Democrats’ problem: they’re pretty much all packed into Madison’s Second District and Milwaukee’s Fourth. Democrats can hate “stacking and packing” all they want. Courts want to see majority/minority districts, which prevents (for instance) Milwaukee from being gerrymandered among (say) three congressional districts.

The Blaska map tried to respect county boundaries where possible and, failing that, to preserve existing congressional boundaries. The city of Watertown, for instance, lies in both Dodge and Jefferson Counties. The entirety of the city lies in the Fifth District and remains there. That said, we divided only five of the state’s 72 counties compared to 12 in the current map. (You’re welcome.)

Population in Dane County grew more than anywhere else, requiring the Second District to shrink geographically. Some observers are saying  that means the Third will absorb more Democrats, thus preserving the district for a Democrat successor to the retiring Democrat(ic) congressman. Not so fast.

The Blaska Good Gummmint map makes the Third 53% Republican, based on Trump’s vote head-on with Hillary in 2016. That’s a 6-point spread compared to the current district’s 4.5-point spread that election. (The 2020 election is not available on District Builder.)

Republicans are going to reject the Blaska map. It puts Janesville Republican Rep. Bryan Steil in Mark Pocan’s Second District. Congressmen have been known to move, however. Bob Kastenmeier vacated Watertown for Sun Prairie when the Second District moved out of Waukesha County back in the day.

4 Responses to Draw your own damn legislative districts!