Racism of the woke dead

How much more ridiculous can identity politics get?

Chicago mayor Lori Lightfoot is only accepting interview requests from “black and brown journalists” as a matter of policy, according to a spokesman. Imagine the reverse! 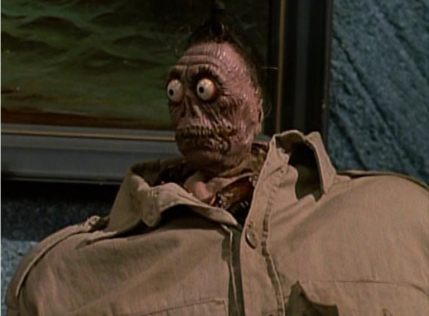 The mayor is tied of “educating white, mostly male members of the news media about the perils and complexities of implicit bias.” That’s O.K. by us, Mayor Lightfoot. We’re tired of hearing it.

Does it matter to Mayor Lightfoot whether the black journalist is Jason L. Riley, conservative columnist for the Wall Street Journal, or Joy Reid,  MSNBC’s spokesman for BLM? Does Lightfoot believe that WBBM TV and the Chicago Tribune are (pardon the term) blacklisting reporters of color? That universities are graduating thousands of frustrated minority-race journalists who are forced to turn to crime? (Although some journalism IS a crime!)

Good for the Trib’s city hall reporter — a latino (if you are counting) who stood up the mayor before a scheduled interview. “Politicians don’t get to choose who covers them.” (Source here.)

•   Conservatives are hitting back at Woke corporations with a $13 million ad buy on national cable news. Targets: Nike, Coca Cola (aka “Woke Coke”), American Airlines — the companies ragging on the State of Georgia for enacting entirely reasonable election integrity laws that are more inclusive than most blue states.

The Wall Street Journal tells that “Each ad treats the companies like a political candidate would an opponent, hitting the company’s reputation and contrasting its high-minded social-justice rhetoric with its other behavior. Nike embraced Colin Kaepernick, the woke former quarterback, one ad says, but “rather than hiring Americans, Nike chose China.”

•   “Why is the Associated Press sharing a building with Hamas? Surely these intrepid reporters knew who their neighbors were,” U.S. Sen Tom Cotton asks. “Did they knowingly allow themselves to be used as human shields by a US-designated terrorist organization? Did the AP pull its punches and decline to report for years on Hamas’ misdeeds?”

“I submit that the AP has some uncomfortable questions to answer, yet the AP and its fellow journalists are in high dudgeon about Israel’s wholly appropriate air strike. Leave it to whiny reporters to make themselves the story and the victim when terrorists are shooting missiles at innocent civilians.”

•   About that 75-year-old Madison woman who died after getting the Covid vaccination: The poor dear had just about every health problem imaginable except a faulty parachute.

Is it really that complicated?

5 Responses to Racism of the woke dead