The fat lady is singing — without her mask

Brian Hagedorn has staved off recall for another day. He wrote the deciding opinion in today’s 4-3 ruling that overturned Gov. Tony Evers’ mask mandate. A WI governor has only 60 days worth of special powers after declaring a public health emergency and his expire April 5.

So Hagedorn is good with conservatives, for the moment. (Some of our estranged friends blame the WI Supreme Court justice for electing Joe Biden.)

This is twice in one day we’re mentioning Greg Humphrey but he posts on social media that he went face-to-face — or, rather, mask-to-mask — with a person outside his household for only the second time in the year this pandemic has been raging. We suspect this is typical of Madison. If such behavior defines Covid virtue, then your Humble Squire has erred on the side of freedom. We do mask up as required by law but we have not been hermetically sealed. No shrink wrap can contain the Squire!

→ Now that we’ve had two of the Fauci ouchies (chocolate mint flavored!) we’re damned near invincible! Think we’ll go back for a third! (“If you’ve been fully vaccnated” — the CDC)

Can you take a joke?

Billie Johnson says on that February day when the high temp reached one below zero he left on his mask as he was leaving Home Depot. Driving down the road, he realized he was still wearing the mask. He quick pulled it off, looked around, and hoped no one saw him. “I was afraid somebody would think I was a liberal.” 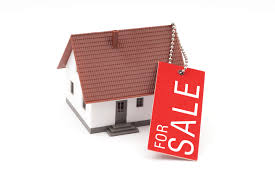 Are we a bunch of stay-at-homes?

A year or so ago we predicted that the coronavirus pandemic would change some things forever; the trick was to guess which things. In our favorite comic strip, Arlo tells Janis that he will miss drinking wine at any time of the day he wants. Apparently, old Arlo is headed back to the office after getting his Fauci ouchies. Or is he?

Elsewhere, this headline: “Home-price surge hits 15-year high.” Up 11.2% nationally. In Dane County WI, homes are up 12.6% over last year, according to the South Central WI Realtors Assn. Up 13.9% to $332,450 on a median price basis. “The coronavirus pandemic has turbocharged this demand,” the Wall Street Journal reports.

After vanquishing everything from newsprint to retail stores, the pulverizing, inescapable power of the Internet has its sights set on cities, or, more precisely, density — aided and abetted by its accomplice, Covid-19 — placing cities, especially high-cost cities, in grave danger of descending into a vicious circle of depopulation, followed by de-commercialization, de-monetization, declining services, and so on.

City Journal reports that New York’s high-rent office buildings are being repurposed for residential use. The affluent are moving out to Long Island. One chain of local newspapers out east closed down its newsrooms. Back in our days as an ink-stained wretch, we thought the worst place for a news reporter to be was in the news room because (outside the stage play/movie Front Page) there’s no news in the newsroom.

Another indicator: Cardboard boxes have never been in greater demand.

As for movie theaters, why sit amidst a hundred strangers, one of whom may be carrying the croup? Same with big box stores. Why jostle for the same gadget on Black Friday when Amazon will deliver to your door?

We do believe local government will resume in-person meetings at city hall and not with half the 20 Madison alders, as proposed by the April 6 referendum (which is only advisory). Local government still could take citizen comments from the convenience of our homes via Zoom.

Blaska’s Bottom Line: One advantage, aside from parking, et cetera: easier to cut off filibusterers at the allotted time. More difficult for the Brandi Graysons to shut down lawful meetings.

Are YOU going out today?