We do solemnly swear (and curse)

Recitation from your poet laureate of early senility.

About that Presidential Inauguration 01-20-21. We thought it was good. Loved the sea of flags (in lieu of actual, you know, people). Lady Gaga was gaga, she really sold the National Anthem (try singing it sometime). C&W star Garth Brooks going a cappella on Amazing Grace was … amazing. Like how he worked the crowd afterwards. Blue jeans on the podium. We admit it: Uncle Joe is hard to hate.

We are not worried about Donald Trump forming a third party. Madison Edgewood high school will be playing under the lights before he runs for office again. He can primary whomever he wants; the Proud Boys are a tough sell. Trump did the right thing by being a no-show; Pence did the right thing by being a yes-show. Must admit, we thought for a moment we were watching the signer for the deaf in the background but it was just a guy fussing with his coat. (Does that make us a bad person?) But we did dig the young poet’s coiffure, words, and hand gestures. Now for something completely different.

We like Chris Wallace on Fox News but calling Joe Biden’s speech the best he has heard and that he’s heard them all since JFK’s “ask not” 60 years ago? Really? 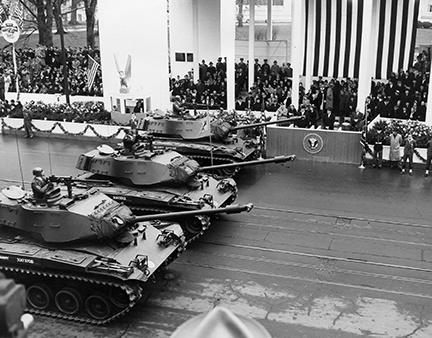 Unity was a Mitford sister *

* and a Nazi. Fundamentally disagree with the new President’s claim that “without unity, there is no peace.” Was that lifted out of Mao’s Little Red book? The Founders understood division. They expected it. They planned for it.

According to Biden, we are a “great nation” and a “good people.” But we also oppress minorities with an ever-rising fervor. “Growing inequity” is among the greatest challenges facing the country, according to Biden, along with the “sting of systemic racism” and encroaching “white supremacy.” Only now are we confronting “a cry for racial justice, some four hundred years in the making.”

One might have thought that more than 50 years of civil rights legislation; the banishing of Jim Crow segregation; the ubiquity of racial preferences throughout corporate America, higher education, and government; trillions of dollars of tax dollars attempting to close the academic achievement gap; and the election of black politicians by white voting districts would have reduced inequity, not increased it.

But to Biden’s speechwriters, steeped in academic victimology, racial inequity is always with us, requiring constant remediation from government.

It is no accident that a New York Times essayist demands that Joe Biden “Not shy away from the full power of the presidency.” Democrats, he writes, “often benefit from unilateral authority more than Republicans do.”  Sure do! See: Mao, Little Red Book.

Life is just a bowl of cherries 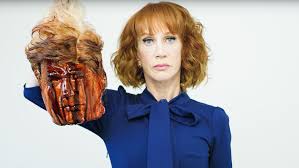 To our friends who wondered where why all the security at Nation’s and at the state capitols? We say boots on the ground has been known to prevent problems, not that Madison city government would admit it. No fireman need spray water on a fire that was prevented.

Cannot help but think back to four years ago: busted glass, Antifa in black uniforms, overturned police cars — the Resistance. Trump “stole” the election thanks to Vladimir Putin and certain ladies with urinary incontinence. No congressional investigations, little editorial condemnation. To the contrary. Oh, never mind.

Blaska’s Bottom Line: We did hear that Kamala insisted Uncle Joe have some more ice cream and cherries and no, they don’t taste funny. Does that joke make us a bad person? Well, PARDON ME! (Or is it too late, Mr. Trump?)

How unified are YOU?

18 Responses to We do solemnly swear (and curse)