In praise of Trump’s loyal holdouts

Long live His Majesty the Emperor!

We dedicate this blog to the inspirational memory of Hiroo Onoda and Teruo Nakamura, holdouts to the end — not surrendering until decades after the end of World War 2. (If it has ended. Can’t believe everything you read in the mainstream media.)

Like those Imperial Japanese soldiers, many of our rightward friends (we suspect) will continue to recognize Donald Trump as their duly elected President for years to come.  They will hold out long after Kamala Harris seeks election as President in her own right, having invoked the 25th Amendment against the infirm Joe Biden one month into his Presidency. 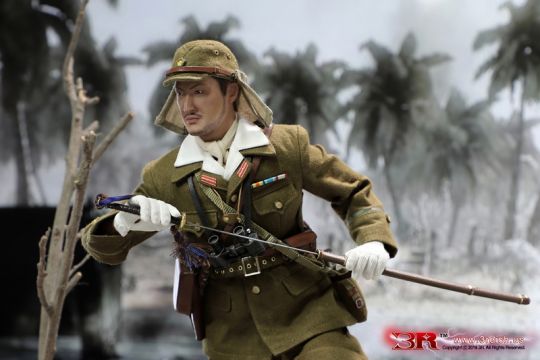 After Imperial Japan surrendered in August 1945, Lt. Onoda spent 29 years hiding out in the mountains of isolated Lubang Island in the Philippines with a steadily diminishing gaggle of fellow holdouts. They engaged in several shootouts with the local gendarmerie and killed a few cows for food. Early in their holdout they found leaflets reading: “The war ended on 15 August. Come down from the mountains!” But they were not fooled.

In February 1974, a Japanese adventurer located Onoda, now alone. The loyalist would surrender only to a superior officer who, once summoned, received Onoda’s sword, rifle, 500 rounds of ammunition, and several hand grenades. Plus the dagger his mother had given him in 1944 to kill himself with if he was captured.

Wikipedia tells us only that private Teruo Nakamura, arrested on 18 December 1974 in Indonesia, held out longer. Nakamura, at least, did not know the war was over. Nobody told him — not so much as a leaflet!

America’s Onodas and Nakamuras are twittering deep in the underbrush of Facebook, Parler, Newsmax, and OAN. They are wearing camo, knives clenched in their teeth, invoking the Insurrection Act to keep alive their Lost Cause. Keep an eye on your cows!

Because no cow is too sacred for the Trump holdouts, having already rendered the late Vietnam hero John McCain a modern-day Benedict Arnold for his Trump heresy. (Stalin used to do that to his adversaries, rendering former heroes of the Revolution as non-persons.) Arizona responded by voting Democrat.

The Trumpists always provide a cover story for their defenestrations. The Attorney General said he could find no credible evidence of widespread election fraud? Trumpbots triumphant! Did you know that Bill Barr has stock in the company that manufactures the crooked Dominion voting machines! Um, he was a director of Dominion Energy, an entirely different company, but never mind.

Mitch McConnell is the latest to fall under suspicion of conspiracy most foul. The Senate majority leader — the guy who got Trump’s agenda through the upper chamber, who derailed impeachment — is now persona non grata because he referred to Joe Biden as “the President-elect.” Loose lips sink ships!

The once-loyal McConnell was “turned” — their theory goes — by his wife, one Elaine Chao. (Rhymes with “Mao.”) Did you know the lady was born in China?!!! That oriental minx finally got to her husband like that Fang Fang who bang banged U.S. Rep. Swallows Well. Except that Ms. Chao was born in Taiwan, democratic and capitalist, the ardent foe of communist China, not to mention a trusted cabinet official for two Republican presidents, including Trump. Or so she says.

Benito Mussolini resolved the dispute with the Roman Catholic Church in 1929 over the loss of the Papal States in the Risorgimento of 1870. The Church was granted its own independent state, the 121-acre Vatican City via the Lateran treaty.

Surely, Congress, led by the afore-mentioned Senate majority leader under the influence of his Taiwanese wife, could create the independent principality of Mar-a-Lago (with its own warm-water ocean port). Trump could take his seat at the United Nations, set up his own radio station, issue postage stamps with his likeness, kill a cow or two.

Are you in or are you a traitor like the rest of them?

103 Responses to In praise of Trump’s loyal holdouts