‘Hello, we must be going.’ — Groucho Marx

“We no longer have a Constitution.”

That is what many of our friends and allies are saying after the U.S. Supreme Court on Friday 12-11-20 refused to  overturn the presidential election.

What they lack in constitutional acumen they make up for in chutzpah, our friends! They know the Constitution better than the Supreme Court. Not just the liberal wing but of all nine — six of them appointed by Republicans, three of them by Donald Trump!

Some have suggested declaring “marshall” law. The military should conduct a do over. Bayonets drawn.

Clearly, their greater loyalty is to Donald Trump than to the Constitution. However decrepit is Joe Biden, however liberal the Democrats, mendacious the news media, or relentless the attempts to delegitimize the Trump presidency — our guy lost the election. Election officials did bend the rules — perhaps, illegally. They should be punished. But there is little evidence those ballots did not represent real voters.

⇒ Is it so hard to believe that a man so wantonly abrasive as Donald Trump might lose an election? 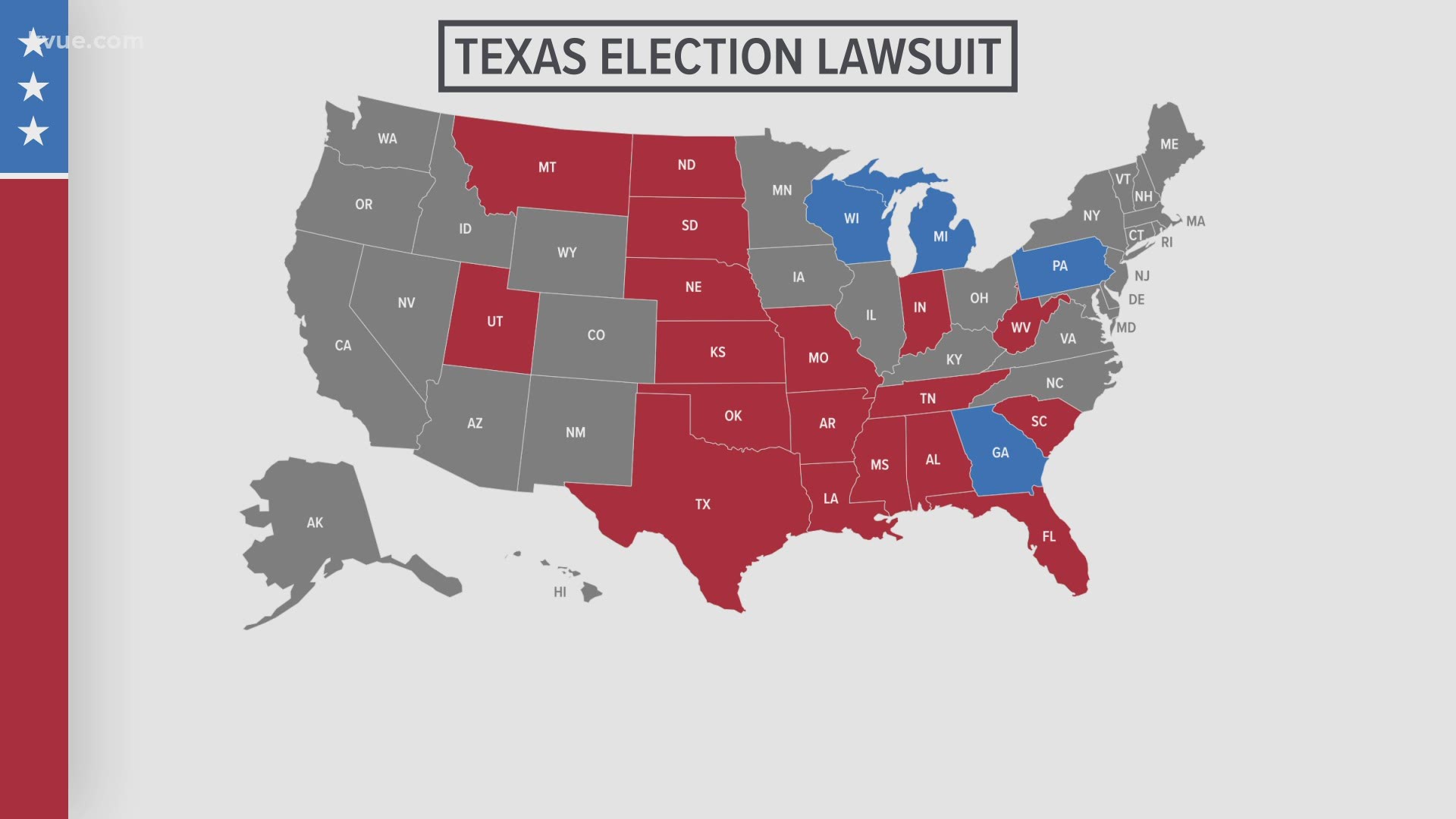 The 18 red states signing on to the Texas appeal

Now our friends (for they ARE our friends) are talking secession. They are yellow highlighting the part in the Declaration of Independence that reads: “Whenever any form of government becomes destructive … it is the right of the people to alter or to abolish it and to institute new government.”

Most likely, that more perfect union would look like the 18 states that signed on to Texas A.G. Ken Paxton’s hail mary of a court case. (Is the guy angling for Trump’s pardon?) Those states run up to the Dakotas and through the Old South to Florida in a solid block but also includes four non-contiguous states: Utah, Indiana, West Virginia, and South Carolina.

This might be a problem but it is not unprecedented. At one time, Pakistan and Bangladesh were united by religion and ethnicity but separated by India. The 18 secessionist states are the United States of  Trump. We shall call that entity, Trumpania. (Rhymes with Queen Melania.)

It’s not just Allen West. On the other side of the political aisle, Rep. Bill Pascrell (D-NJ) accuses the 120 House Republicans who sided with A.G. Paxton of supporting a rebellion against the United States. He wants the 120 to be blocked from taking their seats in Congress.

How soon before members of Congress beat each other with canes?

The Werkes despairs of the Madison bubble. Too many of our friends live in their own bubble. If Fox news reports the other side, switch to NewsMax. Erick-Woods Erickson writes: “When all you consume is the media that tells you what you want to hear and all your friends believe the same thing you believe, what is true does not matter. What you believe is true is all that matters.”

I am truly disappointed with my own side for the hucksterism, lies, and denial of reality. … They cannot appreciate the real world around them and live now in a fantasy land of grievance, theft of elections, and mythology. … Some good friends have even signed a letter wanting multiple states to ignore their voters and appoint replace electors to the Electoral College. It is disappointing to see.

Notice something? No one is breaking windows, looting stores, or pulling down statues. Now imagine if Biden/Harris had lost!

Are YOU singing “Dixie”?