Did Cardinal Dolan actually pray at the RNC?

Two can play at this Cancel Culture game

For over a decade, CNN’s website has served as the home page on Old Sparky, the Werkes’ Eisenhower-era mainframe computer. That has got to change. Even the unlettered field hands are fed up with the Clinton News Network’s bias.

Here is the crapola they’ve got up this Tuesday (08-25-2020) morning after Day One of the virtual Republican National Convention.

The one semi-positive story was Nikki Haley, except that it concluded by saying Indian-Americans would go with Kamala. Worse than the New York Times, CNN is all Covid-19, all systemic racism, all Trump hate — all the time. Is it really a story when Don Lemon smirks? Or Anderson Cooper can’t believe what he’s hearing? 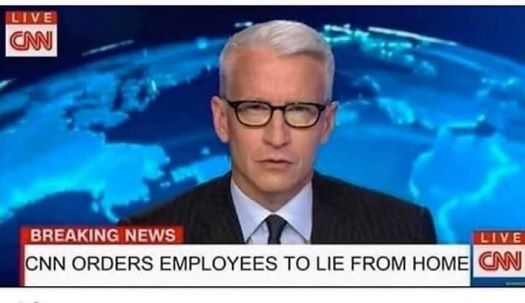 “Cardinal Dolan made a mistake by praying at the RNC”?!!! At least Republicans don’t boo God! So CNN puts up a former priest who kvetches “Cardinal Dolan … gives every appearance of another hierarchical hit job on Biden’s pro-choice views — something that too many bishops and priests call out as the only Catholic issue that ever matters.”

We’ve highlighted before the New York Times’ round-table of commentators who score debates and political conventions. About last night, their Matt Labash allowed, “To their credit, at least nobody at the Republican convention was shy about invoking the G-word.” We thank the Times’ Bret Stephens (formerly of the Wall Street Journal but still a Never Trumper) for this:

Like it or not, the first night of the Republican convention made an effective case that Donald Trump was an energetic and surprisingly empathetic president; that Joe Biden was a career politician who accomplished nothing over 47 years; and that Democrats have more sympathy for rioters and cancel-culture warriors than they do for law-abiding citizens and freethinkers. Liberals may think this is all lies and slander, but they dismiss it at their political peril.

Blaska’s Bottom Line: The gray lab coats are looking for an alternative to CNN as our home page. Looking for a comprehensive on-line news source that isn’t so skewed, blued, and tattooed.

11 Responses to Did Cardinal Dolan actually pray at the RNC?