Catholic schools will sue Public Health to open as scheduled

Say this about Catholics — they fight back!

“This is clearly about making sure private schools aren’t allowed to show up the [unionized] MTI teachers in the public schools,” a well connected attorney told the Werkes.

In response, the St. Ambrose Catholic School on Madison’s west side — a non-diocesan middle and high school operating with approval of the Diocese of Madison —  plans to file lawsuit this week contesting the coronavirus pandemic order. Many Catholic schools had been scheduled to open today (Monday 08-24-2020). Fourteen diocesan Catholic schools are located in Dane County; another 20 outside the county in southwest Wisconsin. St. Ambrose had planned to open with 155 students on September 8. 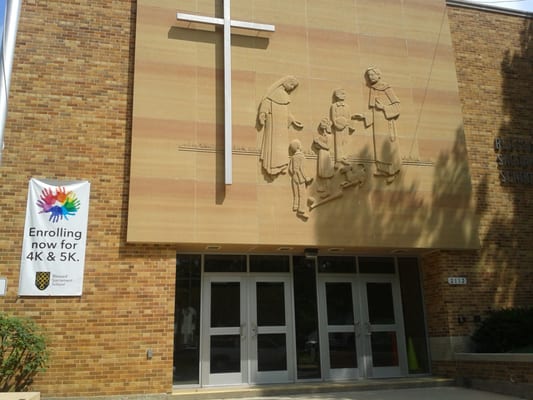 “As expected, Dane County Public Health [was] less focused on actual health and science and more so on social justice,” the attorney told the Werkes. “They pulled the rug out from beneath the private schools after hours on a Friday night.”

The Catholic schools say they have taken steps to assure safety of staff and students amid the coronavirus pandemic. As of 1 p.m. today, St. Ambrose and its coalition of schools had raised $89,000 in an on-line fund drive begun Saturday.

St. Ambrose will hire the same law firm that turned back Public Health’s limit on attendance at Holy Mass. That would be Troutman Pepper Hamilton Sanders LLP, a law firm that earlier this year helped the Diocese of Madison defeat attempts to place strict limits on Mass attendance due to COVID-19.

“We are extraordinarily disappointed at this order and its timing. You have told us of your sadness, your anger and your children’s grief as they burst into tears when you told them of the county’s decision.” —  Bishop Donald J. Hying  and Michael J. Lancaster, superintendent of diocesan Catholic schools. in a letter to parents.

The importance of reopening America’s schools this fall

The best available evidence indicates if children become infected, they are far less likely to suffer severe symptoms. Death rates among school-aged children are much lower than among adults.  At the same time, the harms attributed to closed schools on the social, emotional, and behavioral health, economic well-being, and academic achievement of children, in both the short- and long-term, are well-known and significant. — U.S. Centers for Disease Control and Prevention

St. Ambrose Academy, like many other religious schools in the county, is spending countless hours and many thousands of dollars putting into place the safety precautions mandated in Emergency Order #8 that was issued on July 7  …

Despite the good faith efforts many religious schools have made in recent months to adhere to Dane County’s health guidelines to ensure the safe return of students and staff … Dane County has dealt county religious schools a crushing blow by holding them to far higher standards than other businesses. — St. Ambrose statement at on-line fundraising site.

Madison WI
View all posts by David Blaska →
This entry was posted in Coronavirus, Free speech, Uncategorized. Bookmark the permalink.