Fighting ‘racialized micro-aggressions’ from implicitly biased progressives, one perceived slight at a time

Experts have examined the wallpaper at Stately Blaska Manor and determined it is in bad taste — even nausea-inducing — but not racially offensive..

Madison’s terribly “woke” leaders have decided that crime is a public health issue. So, too, apparently, is racism. Given that progressive Madison WI is Identity Politics Central, you’ll find no burning crosses or separate water fountains but plenty of micro-aggressions.

Micro-aggressions are making minority races sick, goes the theory — which was worth a $1 million grant from UW-Madison’s Partnership Fund for a Healthy Future. 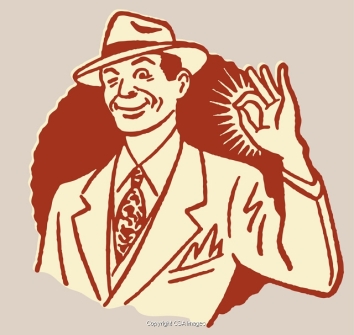 Not in Madison, you bastard!

“The white majority context in which African-Americans live, work and raise their families is often hostile to them merely because of the color of their skin,” claims the winner of the five-year, $1 million grant: Nehemiah’s Justified Anger Network. The Rev. Alex Gee, proprietor.

“This ‘hostility’ allegedly afflicts liberal wards that twice voted for President Barack Obama, says former SW side neighbor Kevin Wymore. We know this because Kevin won his open records lawsuit against the university to uncover this stuff.

In an op ed he wrote for the WI State Journal, Wymore tells that UW-Madison has bought in to “health equity” even though, as one grant-winning  proposal admits: “We have a hard time articulating the concept to our staff, much less the community.”

“People of color experience racialized micro-aggressions, often on a daily basis, which impact their physical and mental health. These verbal, behavioral or environmental indignities, whether intentional or unintentional, create Racial Battle Fatigue.

Racialized micro-aggressions are defined as “brief and commonplace daily verbal, behavioral, or environmental indignities, whether intentional or unintentional, that communicate hostile, derogatory, or negative racial slights and insults toward people of color” within predominantly white systems and institutions.

Hey, people. Check your wallpaper! This being Madison, someone will be offended!

What is Nehemiah’s prescription? According to the grant proposal: “We intend to change the social and community context for African-Americans in Madison at both the grassroots and professional levels as well as with white community members who have self-identified as aspiring allies in achieving racial justice.” Could they be any more explicit! Get with the program, liberals!