Classrooms in chaos? Kids running amok? We want you at Harvard!

Who says the Behavior Education Plan is a failure?
Its author ascends to the ivory tower

You, too, can join the faculty at our nation’s leading schools of education if you play identity politics. Too many kids of the wrong description causing trouble? Disparate impact. Change the rules! Chase the positive behavior coach out of town.

Jennifer Cheatham was radicalized at Harvard by her graduate professor (who decides a career’s life or death). She blames her success on “white privilege” nor hard work. (Story here.) That qualifies the lady for a dream job radicalizing tomorrow’s school system superintendents so that they judge students by their socio-economic class identity rather than by their individual performance. 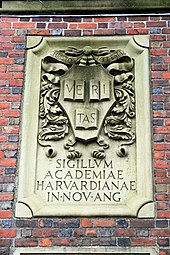 How did we get to this point? By the academic-identity politics complex that asks whether a straight white man (Joe Biden) could ever be nominated by his political party.

Harvard, after all, is fighting a lawsuit brought that the Ivy League school holds Asian students to higher admission standards because too many of them excel academically. And no more voluntary, single-sex societies UNLESS they are “gender-focused” women’s groups! (More here.)

The Foundation for Individual Rights in Education (FIRE) gave Harvard its“Red Light” rating, meaning that the institution has at least one policy that “clearly and substantially restricts freedom of speech.”

Jennifer Cheatham will leave but nothing has changed. Madison elected, if anything, an even racialized school board, a school board content to evict its school resource police officers despite increasing disorder. Helzz bellz, the school board can’t even maintain order at its own meetings.

Meanwhile, back in the real world

From social media in the Midvale Heights neighborhood:

Tuesday, May 7 — My husband’s vehicle was stolen this morning by (we assume) high schoolers, and it was recovered this evening by MPD. (THANK YOU!). Unfortunately, these kids stole a spare set of keys to my vehicle that were in my husband’s car. We suspected this because there were a few kids walking up and down our street three times throughout the day, definitely scoping out our house.

One even approached my vehicle before I put it in the garage. The police have been alerted and have a description of the kids. I’m just very scared that they’re going to keep coming back until they get my car too. We are on Tokay near the Epic building, and the boys were seen on Tokay going east towards Segoe and then on Segoe and into Hyvee. I’m really hoping they just tossed the keys after the police were roaming the neighborhood, so if you happen to find a Toyota fob and key, please let me know!

Just to make this completely clear: we are 100% sure this boy has my keys. My husband and I were standing in our living room this morning and heard my vehicle beeping. My keys were untouched, hanging on their hook. The beeping continued, and that’s when we looked out the window and saw the boy across the street, looking at our house. We are being targeted.

The officers I’ve talked to have said that the younger kids are the ones who do the crimes because they are not getting in trouble for it.

I posted the pictures here in hopes that my neighbors would be vigilant and report what they see, so this nightmare can end. I am home alone with my four-year old son and do not feel safe. I do not have the mental stamina to defend myself right now. The police have contacted me to say they will have a presence in the neighborhood so they can try to catch this kid. I don’t think having extra eyes and ears is going to hurt anything.

My husband started his vehicle when he took the trash bins out to the road, then he came back inside to get his lunch and say goodbye. They took the car then. His is a keyless ignition, so he had the fob in his pocket. Once they turned the car off, they couldn’t get it on again, and they definitely tried.

Those kids look barely old enough to be riding a bike in the street. Someone ran a car onto our lawn the other day around 3:30 just after school let out. They ran over the curb multiple times, barely missed two street trees and a garden wall, and drove partway up a hill. Looking at the tire tracks I can’t even imagine what driving maneuvers were involved except to suspect it may have been kids in a stolen car. I wish Madison police and the schools would be more proactive because obviously this is a growing problem. I’m sorry about all the hassle and anguish you’re facing and hope your keys are recovered soon.

This neighbor in Spring Harbor:

Don’t worry, the Madison Police might get them, but the higher ups will give them a slap on the hand. Sorry to be so pessimistic but it is the truth. Most of these kids are known to the police yet city leaders want them to go thru some restorative justice program, whatever that is. The program is not working and innocent people like [Midvale Heights neighbor] get the worst of it. So Sorry [neighbor]! Where has common respect gone?

Blaska’s Bottom Line: Kaleem Caire for Madison superintendent of schools. The one person who is actually DOING something about the racial achievement gap.

33 Responses to Classrooms in chaos? Kids running amok? We want you at Harvard!