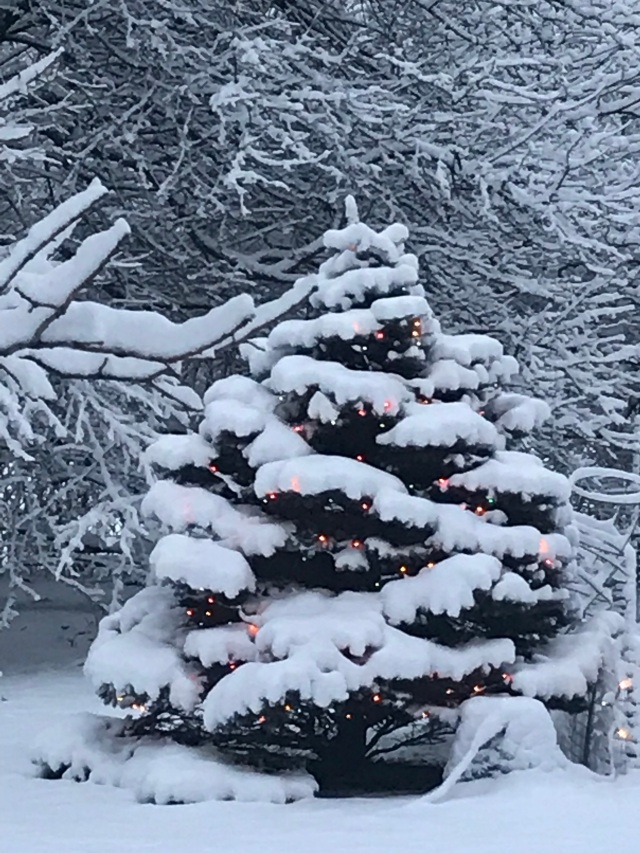 On the grounds of the Stately Manor today, January 1, 2019

Like they say, I thought getting old would take longer. Yeah, the Stately Manor was buttoned down by 9 p.m. after lobster and California bubbly. The roads they were frightful.

Because the Squire gave the indentured servants the day off, he must remove the snow from the driveway. Surely, Steph, our favorite UW-Madison teaching assistant, would decry this chore as another manifestation of guilty white privilege. But as the previous Squire told his oldest boy, that snow ain’t gonna remove itself.

Blaska did not lose anyone’s homework

We promised Part #3 to our saga of the triumph of identity politics here in Madison where there is now competition in the race-shaming business. Two entrepreneurs have set up shop in the thriving Madison market: two Madison-based grievance mongers: Groundwork and Families for Justice.

This third installment consists merely of the text of my complete submission to Wisconsin State Journal reporter Chris Rickert, who did a fine job in Sunday’s page one story, “Activists shine a light on racism.”

Allowing that the headline writer was constrained to but one column using a large font, the more accurate headline would have been: “Activists see racism under every bed.” Anyway, here’s what I sent Rickert:

The race-shaming these groups promote is destroying Madison and the nation. Identity politics subsumes individual identity into broad taxonomies based on such externalities as race, gender, age, sexual orientation, etc. — rather than achievement, performance, and accomplishment.

Identity politics denies the individual; it robs a person of free will. It renders him or her a helpless victim — unaccountable and irresponsible, devoid of personal agency, dependent on the kindness of others — especially on government succor.

One of the three R’s: Responsibility

I wish dear old dad had told me about white privilege when he sent me into that dank barn with a shovel and a wheelbarrow growing up on the farm. Then again, I was privileged to have a father who provided for his family and taught us to be responsible for ours. Race had nothing to do with it.

At a recent Madison school board meeting, a social justice warrior lambasted member James Howard as “a so-called black man” because he was insufficiently hostile to the police. An F-bombing University of Wisconsin teaching assistant instructed the school board that only white supremacists demanded civility or, for that matter, mowed their lawn. Talk about racist!

You know Madison schools are in trouble when even the school board meetings end in chaos.

Teenagers are hijacking cars at daycare centers, robbing fast food stores, shooting up school buses. Cafeteria brawls with injuries are becoming commonplace. One candidate for Madison school board says she does not blame students or their parents. The inference is that Madison teachers are racist. To the contrary, compassionate Madison is eager to help those willing to be helped.

Madison schools are rightly concerned that too many students of color are being suspended and arrested.  No question that many young people come into our schools traumatized by neglectful, absent, or harmful parents. Too many young people are surrounded by substance abuse and violence.

The answer is not to dumb down deviancy or to blame implicit bias or white privilege but to demand better.