Win at any cost

Destroy what you cannot defeat

Will the mob and its cheerleaders in the news media prove victorious? That is what U.S. Senators will decide when they vote tomorrow, Saturday. Madison, WI has been wrestling with that question for several years now.

On the Capital Times’ bookshelf

Senate majority leader Mitch McConnell this morning (10-05-18) condemned the mob (aka: “the Resistance”) and its enablers in the news media and the Democrat(ic) party.

Failing to defeat the nominee on the issues, they have conspired to assassinate the character of Brett Kavanaugh. Throughout last week’s hearings on the accusations of sexual misconduct, Democrats insisted that the FBI reopen its background investigation to assess those last-minute (and increasingly desperate) charges.

After the FBI could not verify the accusations, Sen. Diane Feinstein complained, however lamely, “the most important part of the report is what’s not in it.” Conclusion first, facts later if at all. 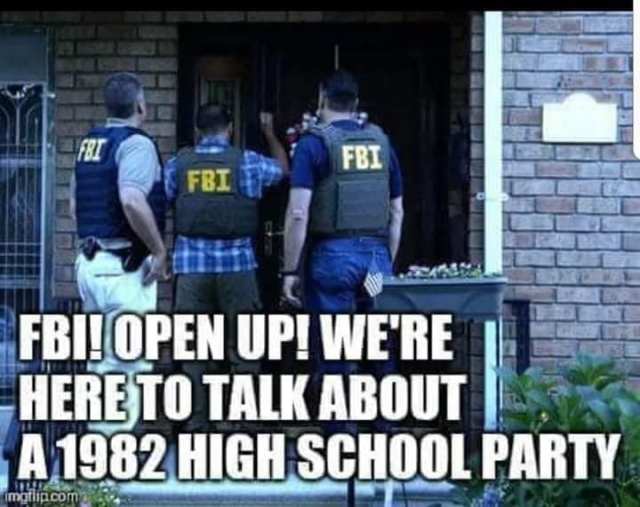 Maybe not fake news but biased as hell

Chuck Grassley, R-Iowa, is a cranky old man. (For some reason, we like irascible.) The guy is 85 years old but doesn’t look a day over 79! Once he gets cranked up like that old Model T, he keeps grumbling. Before politics old Chuck farmed and worked sheet metal and it shows. We need more farmers and sheet metal workers and fewer gender and race studies majors.

Thursday, the chairman of the Judiciary Committee took off on the news media.

“I would never use the words “fake news” but I want to show where some of you have bias,” he croaked. Said his office has been packed both with protestors against Kavanaugh and supporters in favor but the news media is only interested in talking to the protestors.

“The people that were for Kavanaugh wanted to be interviewed and they were denied,” Grassley claimed.

The senators’ denunciation of the mob resonates here in Madison, where professional victims intimidate anyone who supports public safety, even to the point of:

As with the Democrats in Washington, local liberal-progressive-socialists have created conditions for the mob to thrive.

No wonder Police Chief Koval lashed out at the council for putting up with Brandi Grayson’s threat (and those of her followers) to shut the city down. Perfectly understandable that he took umbrage at his sworn officers being portrayed as blood-thirsty klansmen without a word of contradiction from alders or mayor.

To most of the council, defending his officers proved Koval’s unfitness for office. Just as the social warrior-industrial complex now questions Kavanaugh’s “judicial temperament” for vigorously and emotionally protecting his reputation from calumny ranging from groping girls to dealing drugs, to gang rape.

Here in Madison, the City paid $376,000 to a California boutique to ferret out evidence of implicit police bias. It found none. Progressive Dane advertised for someone to bring the chief up on charges before the Police & Fire Commission. (He called a ranging lunatic “a raging lunatic.”) Those charges were dismissed.

Fighting back against the intimidators

Dean Loumos and Anna Moffit, leaders in the move to expel police (instead of troublemakers) from our schools, are Progressive Dane. Loumos actually accused Blaska of using racial “code words” at one school committee meeting before subsequently acknowledging he was only playing to the protestors. Moffit maintains the protestors have a perfect right to shout down opponents, which they did to Blaska on June 20.

On the U.S. Senate floor this morning, Mitch McConnell acidly observed that Democratic senator sdenounced Trump’s appointment just days after it was announced (Tammy Baldwin, anyone?). Facts, he said,  were irrelevant to the “Resistance,” which McConnell pronounced with a French accent.

“The facts were never the point. We get that by now. The fact-free verdict of the mob and the media prevailed over actual evidence.” He reminded that Democratic leaders (like U.S. Rep. Maxine Waters) encourage protestors to harass opponents in restaurants and at their homes.

McConnell vowed that the “intimidators of members will not have the final say.”

Blaska’s Bottom Line: Blaska has no comparable beef against the local news media except to note that The Capital Times (“Your Progressive Voice”) has cheered the disrupters or (in other cases) looked the other way with conspicuous silence. Two days after Independence Day, the editor emeritus of The Capital Times published a column that approved harassing opposing viewpoints.

“Change-makers know civility isn’t all it’s cracked up to be.”