#MeToo movement is groping for political retribution in the Kavanaugh case

He who is without sin … or was never young and stupid

Has it come to this? The #MeToo movement has gone from Harvey Weinstein, rape, harassment, and blacklisting to weaponizing teenage horseplay?

Like too much Hitler and Holocaust hyperbole, the charge against Brett Kavanaugh (if the word “charge” can even be merited) cheapens the issue.

Even if the 51-year-old liberal, Bernie Sanders donor has her story straight 36 years after the fact, what transpired at that house party would barely merit restorative justice in today’s Madison WI. (Why couldn’t Kavanaugh have been accused of car-jacking, instead?!)

According to her account, Kavanuagh and another 17-year-old boy pulled the 15-year-old girl into a bedroom. Young Kavanaugh pinned her down on the bed, groped her and attempted to remove her clothing. She “escaped” when the friend jumped on top of the bed and they all tumbled down.

That is what traumatizes Christine Blasey Ford all these years later? Exists there a heterosexual teenaged boy who hasn’t tried to cop a feel? Perhaps the old Squire is a Pleistocene-Age fossil. Perhaps the young lawyer-to-be  should have proffered a consent form, notarized and in triplicate. Sounds like alcohol was involved. Doesn’t make it right. Where was Uncle Buck when you needed him? Even if true, does it merit a lifetime scarlet letter? 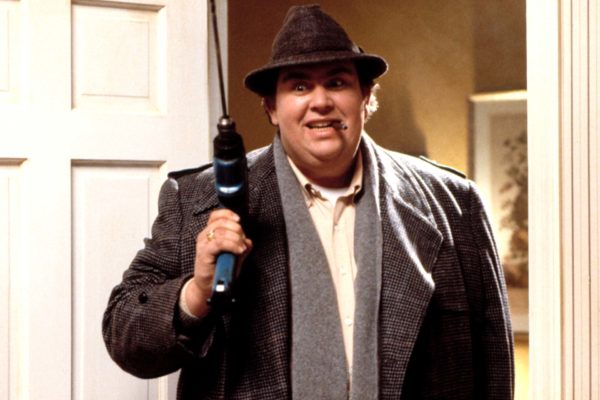 Can it be proven?

Kavanaugh “categorically and unequivocally” denies the allegation. If the allegation could be proved, that would make Kavanaugh a liar. Which it cannot. Contrary to our take here at the Manor, the indispensable David French finds the charge “substantial and serious.”

I went to a high school that had more than its share of drunken parties, and my classmates could do crazy and stupid things, but an act like this was beyond the pale. This isn’t “boys will be boys.”

But French asks “Is it more likely than not that the allegation is true?”

He says he believes it “more likely than not that Bill Clinton committed rape and sexual harassment,” that Donald Trump committed sexual assault, that Roy Moore engaged in sexual misconduct with underage girls. But, citing lack of contemporaneous corroboration — a complaint, a confidence shared with a third party or even a diary entry — “The evidence against Kavanaugh falls far short.”

Is it even likely?

Unlike Bubba, Moore, Weinstein, and all the others caught up in #MeToo, the Kavanaugh case is, at most, a one-off. 65 women who knew the judge in high school sent a letter to the Senate stating, “He has always treated women with decency and respect.”

Senate Judiciary Committee chairman Chuck Grassley noted that “Judge Kavanaugh’s background has been thoroughly vetted by the FBI on six different occasions throughout his decades of public service, and no such allegation ever surfaced.”

Does it merit disqualification?

Even if true, does a lifetime of high-level service to country and obvious devotion to family count for nothing? Is a blameless adulthood is negated by a youthful indiscretion? Kavanaugh is clearly the loving and attentive father of daughters; volunteering as a girls’ basketball coach. How then, is the incident in the bedroom indicative of Kavanaugh’s supposed anti-woman bias?

• Ruth Marcus in The Washington Post calls for more hearings.

• Susan Hennessey of Lawfare says “The person who replaces Kavanaugh may be far more conservative and post-scandal confirmations are often easier.”

• Rosa Brooks of Georgetown University is “uncomfortable with asserting that his behavior as a teen tells us anything about his character now.”

• Emily Bazelon of the N.Y. Times “would not disqualify Kavanaugh from Scotus for this alleged assault ALONE because I think kids should be treated like kids.”

• In the Washington Post, Kathleen Parker calls it “An 11th hour attempt to slander Judge Kavanaugh.”

For this matter to land at the 11th hour, after having been made known to some lawmakers for weeks, makes this a mess that stains congress.  It does not help the ones who wish to deny Kavanaugh a seat on the court for his harsh view of the law or his cozy words for a constitutionally flawed Orange President.   Instead it makes their truly honorable work seem stained, too.  And this is a real bad outcome for the efforts they have undertaken for the nation.

The Capital Times — usually to be counted on hyperbolic opposition to anything Republican, conservative, or Trump —  deafens with its silence.

Platinum Bonus Opinion — Arrest that arrogant bastard John Kerry and charge him with violating the Logan Act. Negotiating with a hostile power (Iran) while a private citizen, will you?! Off to Gitmo you go!