How did police become the bad guys?

Because after 50 years of Great Society giveaways and 45 years of uninterrupted liberal rule in Madison; after affirmative action, court-ordered busing, Section 8 subsidized housing, food stamps, special set-asides, midnight basketball, free bus passes, community-building grants and what-not, one of the most liberal cities in the country has what?

More shootings, more burglaries, more car jackings, and more brawls in the schools. When the positive behavior support coach gets hospitalized breaking up a brawl at Sherman middle school, you know you got a problem.

Could it be that the liberal, big government agenda was doing more harm than good? Our liberal-progressive-socialist acquaintances needed a scapegoat. That is what is driving the Cops Out of Schools movement in Madison. It is the successor to Derail the Jail, which followed the Harass Police Chief Koval campaign.

“Cops are going to do whatever they are trained to do which is kill kids.” — social justice warrior to Madison schools ad hoc committee on educational resource (police) officers 07-18-18.

Providentially, into the Left’s intellectual void came a handful of white cops killing black suspects: Michael Brown in Ferguson, Freddie Gray in Baltimore, and Tony T. Robinson Jr. in Madison. Proof that the Klan had changed out of its white sheets into blue serge. Prime time opportunity for President Obama to point his bony finger at America and accuse it of white privilege and implicit bias. (How did a black man ever get elected President of the United States in this racist country, anyway?)

“If you want to know one very simple reason why cops need to get out of schools, just look at the effort that white supremacists will do to keep them there. White supremacists criminalize black and brown youth and help maintain the disparities.” — another social justice warrior to the ad hoc committee on EROs 07-18-18.

Except that in all three sensationalized cases, the police officers were exonerated, in two of the cases by black judges, juries, or district attorneys. But that is no never mind for the social justice warriors in Madison and elsewhere. When your politics goes toward socialism and skin color, the race card explains everything.

Garrett Lee, a familiar social justice warrior in Madison, captured the essence of identity politics, the cult of victimization, and the absence of personal responsibility in a single question he posed on social media last night:

If you want a safer community and we know that criminal behavior emerges from unmet needs, why don’t we all work to make sure people aren’t suffering and feeling enraged that the system isn’t working for them?

How is the system “not working for them”? How is The System preventing anyone from attending school, doing their homework, showing up for school or work clean and sober, taking advantage of some pretty good schools (they’re free) and a red hot job market? How is “the system” forcing substance abuse, gang banging, criminal behavior and educational failure? If it truly is racial prejudice, where are the Equal Rights lawsuits? Are there no liberal attorneys in Madison? 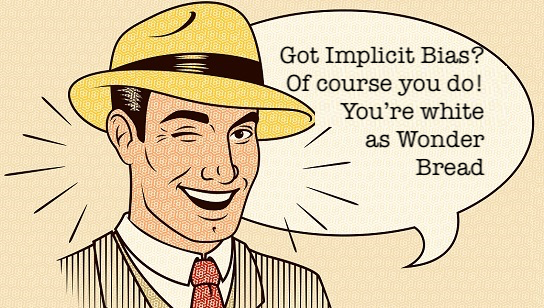 Unmet needs? What would those be? The City of Madison recently pulled back from a costly boondoggle to subsidize high-speed internet access. How many more neighborhood centers can the city build? The Dane County Board is seeing everything through the lens of racial equity. No ordinance gets enacted without microscoping it for disparate impact. No county in Wisconsin funds a more generous social services network; no city is more compassionate than Madison.

Doesn’t matter; need More Free Stuff. At the city, county, and school district, Madison’s social justice warriors demanded the money for extra cops, the reinvented $76 million jail, and the $360,000 for the four school cops be “invested in the community.” (We would suggest that those ARE investments in the community.) This is how the social justice warriors finance their operations: shaking down guilty liberals with the race card.

“Give this money to nonprofits in support of youth of color … and I will show you how successful we can become,” said a Freedom Inc. nonprofit SJW 07-18-18.

Perhaps it’s the other way around. Maybe it is the community’s needs that are not being met. Perhaps our expectations are too low. A Facebook friend responded to Garrett Lee’s question this way:

“Maybe it’s not the system that isn’t working for them. Maybe it’s them that aren’t working. I work very hard to meet my own needs. Why is it my responsibility to also meet their needs?”

21 Responses to The Left’s con game of ‘Unmet Needs’