What did they find at Mar-a-Lago?

Before we rush to judgment?

In reaction to the FBI search conducted Monday 08-08-22 at Mar-a-Lago, some Republicans are stamping their Always Trump cards by invoking banana republic justice. 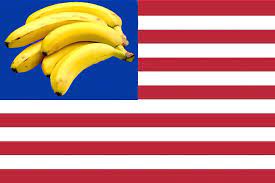 Andrew McCarthy in National Review breaks it down:

The ostensible justification for the search of Donald Trump’s compound is his potentially unlawful retention of government records and mishandling of classified information. The real reason is the Capitol riot. …

This was not a raid, in the sense of a lawless break-in. The FBI conducted a court-authorized search. For the FBI to have a search warrant, a federal prosecutor first had to write a search-warrant application, sworn to by an FBI agent, which convinced a federal judge that (a) one or more crimes probably occurred and (b) it was probable that evidence of those crimes would be found in the place the Justice Department was asking to search. …

President Trump’s departure from the White House was chaotic. … Trump was not planning to leave. When he agreed to do so, over a dozen boxes were haphazardly packed and shipped from the White House (in particular, the residence) to the Trump estate in Florida. It has long been reported that some of these boxes contained classified information.

The former president’s apparent violations of government records and classified information laws gave the DOJ the pretext it needed.

If Trump … were to be charged, the DOJ would in effect be saying that the evidence is overwhelming that Trump and his underlings knew the “stolen election” claims they were so aggressively pushing had absolutely no basis in fact or law — i.e., at some vague point, this “stop the steal” enterprise evolved from being just a bad legal theory into an actionable criminal fraud.

Blaska’s Bottom Line: Too many Republicans are jumping like lemmings to a hasty judgment that Donald Trump could not possibly be guilty of a crime — his presidency was so successful. (Which it was). That’s like saying Bill Cosby’s comedy was so family friendly he couldn’t possibly have raped so many women. How about we suspend judgment until we get more facts? That’s the Werkes did until the guilty verdicts started rolling in after the January 6 insurrection and none of them blamed Antifa!

Can we at least wait a few days?

57 Responses to What did they find at Mar-a-Lago?