How would end of Roe hurt Queer folk the most?

It’s entirely performative but maddening, just the same. The Dane County Board of Supervisors is poised Thursday 05-19-22 to support abortion on demand. It’s a reaction to the Supreme Court’s anticipated decision in Dobbs v Jackson Women’s Health Org. The ordinance urges the repeal of state law (held in abeyance) banning abortion. The resolution states: “Abortion care is health care.” If that is the case, so is assisted suicide. 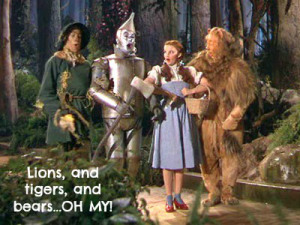 Siding with Elizabeth Warren isn’t Woke enough for Dane County’s electeds. They’re upping the ante. The resolution (found here) genuflects at the holy trinity of diversity, equity, and inclusion. (Lions and tigers and bears! Oh my!)

Should Roe v. Wade be overturned, communities of color, low-income communities, people who are disabled, immigrants, young people, and members of the LGBTQ+ community will be among the most disproportionately affected populations.

Nothing a good progressive loathes more than disparate impact!

Pardon our ignorance, but why would an LGBTQ+ person have more to fear from an end to abortion than any pregnant woman, exactly? (BTW: we love the plus + sign.) Are we doing medical science here or auditioning for Joy Reid’s show on MSNBC?

• Diversity, equity, and inclusion is a big waste of campus money, The Heritage Foundation finds. Promoting DEI has become a primary function of higher education, with DEI staff making up an average 3.4 positions for every 100 tenured faculty.

• The Kiel school district accuses three 8th graders of using incorrect pronouns. WILL is on the case. Law prof Jonathan Turley weighs in.

• The slaughter in Buffalo NY proves that racial hate exists. The overwhelming outrage and sympathy for the victims proves that such hate is vestigial.

Include us taxpayers in!

Dane County’s 37 supes will also vote on County Exec Joe Parisi’s  $1,000 inflation giveaway to county employees. IRONY ALERT! That $3 million ticket item is the dog chasing its tail; it will use money from Joe Biden’s stimulus plan to offset the inflation that stimulus plan caused. If you’re a county employee, that is.

The Werkes does support expanding the expanding the Dane County landfill to the other side of U.S. Highway 12 & 18 on part of the Yahara Hills golf course. The city-owned, 36-hole course loses money and garbage has to go somewhere. The county runs a clean operation out there; the landfill even produces energy that goes back into the grid.

→ Register to spout off here.

Didn’t Billy Joel sing about that?

5 Responses to How would end of Roe hurt Queer folk the most?