Bomb this, Vlad the Invader!

The foreign desk here at the Werkes was just spit balling when one of the faceless lab coats came up with a stunning idea, for which the Head Groundskeeper will take full credit.

In the news today: Four doughty central Europeans: the prime ministers of Poland, Slovenia, and the Czech Republic plus the Polish deputy traveled to Kyiv to meet with world hero Volodymyr Zelensky and his prime minister. In Kyiv, in harms way! Today! As Russian artillery and fighter jets bombard the city. Therein lies the germ of an idea!

What if the world’s luminaries joined these Fearless Four in battleground Kyiv? People for peace like Pope Francis, Queen Elizabeth (we’ll settle for Prince Charles), Emmanuel Macron, Retired Queen Beatrix of the Netherlands, Joe Biden (we will NOT settle for Kamala), Paul McCartney (bring Ringo), Sting, Tom Hanks, Tom Brady, Cher, Taylor Swift. Jesse Jackson. Throw in a Kardashian or two (but not Kanye West). Front row seats for ex-Presidents Carter, Clinton, Bush, and Obama. Fly in the Dalai Lama. Get the general secretary of the UN, what’s his name.

Know who would really be a big get: Gorbachev! Pair him up with an exiled Romanov or two.

“How many Ukrainian cities Russia needs to carpet-bomb until the West realizes that every time it refuses to give Ukraine a weapon for ‘fear of provoking Putin’ is an invitation for further escalation in war.” — Illia Ponomarenko, a reporter for The Kyiv Independent. 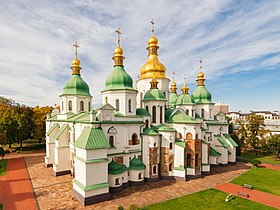 This august assemblage takes a stand for nonviolence like that lone Chinese student standing in front of the tank in Tiananmen Square. Only these people have names. Big names. Prestige. They embody the weight of history — the living, breathing promise of civilization. Not saying they have to join hands like the Concert for Bangladesh. Don’t have To teach the world to sing/ In perfect harmony. (But could bring a case or two of Coca Cola with. Also tubs of KY Fried Chicken!)

Be more visible than a cold sore on the first date. Stand in front of gorgeous Saint Sophia Cathedral in solidarity with freedom. Sing the Ukrainian national anthem. Beam that image and their voices throughout the world, then break for supper and cocktails.

Do you dare destroy the living embodiment of civilization, Mr. Putin?

Blaska’s Bottom Line: We know this idea is pie in the sky but, like John Lennon, we can imagine. Someone in the back row is carping, “Blaska, you talk big but would you go to Kyiv?” Blaska would go but someone has to pay his way. A little NATO air cover would be appreciated, too.

Who would YOU send to Kyiv right now?

Madison WI
View all posts by David Blaska →
This entry was posted in Ukraine, Uncategorized. Bookmark the permalink.