It’s like passing that ordinance early in Reagan’s term proclaiming Madison WI a nuclear-free zone. That’s how the Head Groundskeeper feels about the signage on S. Whitney Way announcing, in solar-powered electricity, the speed limit is now 25 miles per hour. On a four-lane thoroughfare divided by a grassy median strip.

NOW do we feel so much safer!

Neighbor Bob W. here in Orchard Ridge reports that “I was going toward the Beltline on Gilbert [Road] and coming up to the stop sign at Hammersley [Road]. As I slowed to stop a car from the right going towards Whitney came through the stop sign going at least 60 mph.”

Can’t they read the signs?!

Terrell S. chimed in, via social media: “I’ve seen two cars drag racing down Hammersley, one coming straight at me in the wrong lane! The other passed a car by driving in the bike lane! Someone is going to get killed.”

Over in the Jamestown neighborhood, Cliff R. responded, “Oh, didn’t you hear? Stop signs and red lights have become optional in Madison. I see it everyday! Pretty stupid and dangerous. I’ve already been T-boned once and feel pretty lucky I wasn’t seriously hurt.”

Susan B. in next-door Greentree encouraged them to file a police report. “The ones the moron mayor supported defunding?” asked Brad from Military Ridge.

A Midvale Heights neighbor proposed a police stake out to catch the speeders. At this point, a certain much-banned troublemaker in Orchard Ridge could restrain himself no longer. He posted:

“How quaint. The police are going to do a stake out for speeders.
Madison’s defunded police.”

Far as we can tell, the Squire of the Stately Manor retains his NextDoor posting privileges. Even got a couple hearts and a smattering of smiley faces for his effrontery. 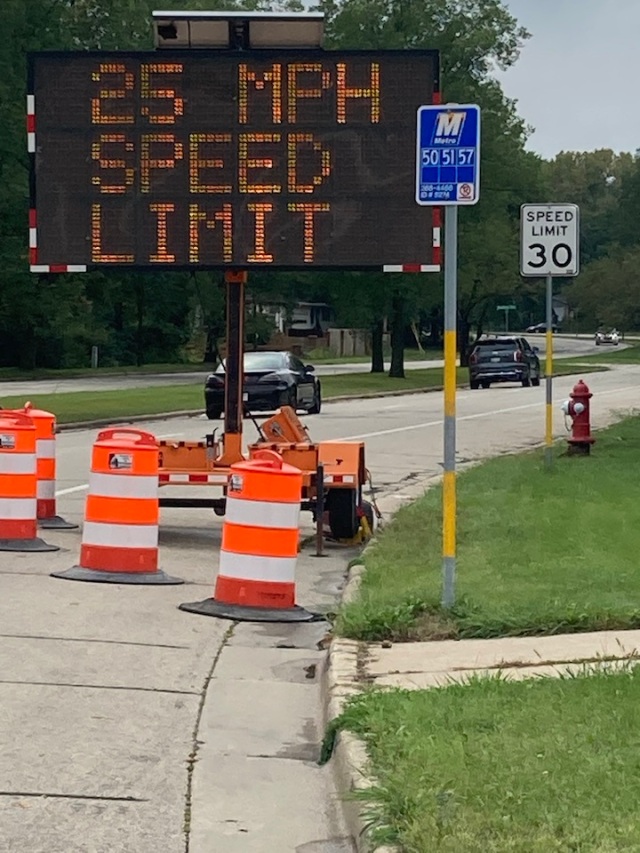 Over on the East Side of town Wednesday 09-22-21 a police officer noticed a dark gray Mercedes, with no registration plates, in the 3500 block of Milwaukee Street driving recklessly and speeding, eventually colliding with an innocent motorist near Walter Street. Three kids fled on foot but were eventually retrieved. Yeah, the Mercedes was stolen (they don’t steal junk). The kids were aged 16, 15, and 15.

About the same time, a sheriff’s deputy located a stolen vehicle on the Beltline near Fish Hatchery Road. Tried to stop it, gave chase but then gave up. Last seen on Willy Street downtown.

Early this Friday morning, shortly before 1 a.m., man arrives home in the newly constructed Glacier Ridge neighborhood on the city’s far, far SW side, south of McKee Road. He is greeted by “two suspects who were brandishing handguns,” according to the police report.

The only suspect description is that one suspect was short, the other tall. The suspects demanded money and then struck the victim in the back of his head with one of the handguns, causing significant injury.  The suspects stole the victim’s wallet, keys, and vehicle. The victim was transported to a local hospital by Madison Fire where he was treated and released.

Blaska’s Bottom Line: But Mayor Satya is lowering the speed limit on S. Whitney Way and numerous other streets around town so we’ll feel safe. The judges are spinning the revolving door faster than an Iranian nuclear centrifuge. And progressive alders Nikki Conklin and Yanette Figueroa Cole are “reimagining policing.”

Should the speed limit be lowered to 20 mph?