For all the Karens out there!

It’s got to make national news. Wisconsin State Journal story this foggy football Saturday in Madison WI. Our overly Woke public school system, like those across the nation trying to parse out what shade of human being you might be.

One of the possibilities is a Karen. We’ve known Karen to be the blonde woman screaming at a mischievous cat named “Smudge.” But today we learn that “Karen, in the parlance of current American race relations, has come to mean a demanding white woman blind to her own privilege and racism.” 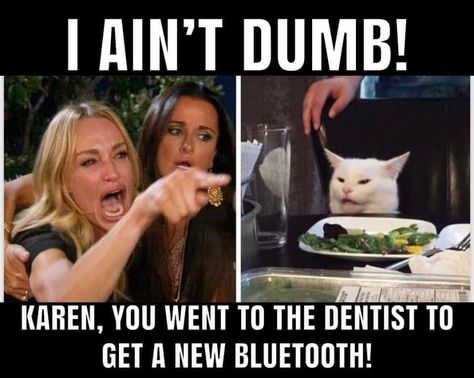 Turns out that the Karen (pronounced kah-REN) is also an ethnic group centered in Tibet. There’s 215,000 of them in the U.S. and no doubt, as a mere asterisk of a minority, they need the tender ministrations of whatever stimulous/public works spendfest Nancy Pelosi has in mind.

If they remove Karen (for an unexplained reason) “the district wouldn’t be able to collect information on more than 30 other ancestral groups, including Somali, Ecuadorian, Menominee and Nigerian.” More than thirty (30) identity groups?

Can identity politics run more amok? (Before someone tells us the Amok are a people related to the Inuit. Or are we out of it?)

The Werkes lobbies the Census to discard all ethnicity tracking but in the meantime federal law requires asking whether students are Hispanic (or Latino), American Indian, Alaska Native, Asian, Black or African American, Native Hawaiian (or Other Pacific Islander), or white. But Tony Earl’s old shop, the WI Dept. of Public Instruction, allowed districts to further separate the fly specks from the pepper.

→ Change your gender on this form.

Blaska’s Bottom Line: The better to turn off the melting pot and target a specific program for the Karens of Madison. We’re talking about the Karens assailing Smudge the Cat.

If you’re not a Karen, what ARE you?

5 Responses to For all the Karens out there!