We DO ride an e-bike

A Tesla super charging station is going in on Odana Road, just east of Whitney Way on the west side of Madison WI. Between the HyVee food supermarket and the Mobil gasoline station (for those who like their irony). More are going in at East Towne Mall, at the Hy Vee located at 3801 E. Washington Ave., patrons-only at the Hilton on E. Wilson Street, and at the Edgewater Hotel on Lake Mendota. (Elektrokleinstfahrzeugen: small electric vehicles.)

Biden is promoting electric vehicles, mainly for its supposed amelioration of Klimawandel (climate change). That means more transmission lines, more pipelines, or (better yet) nuclear power plants. Got lithium? (“Lithium mining may not be green friendly.” Ya think?) 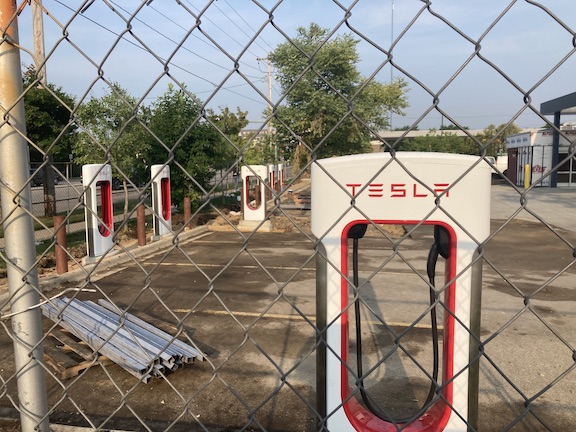 Tesla says “superchargers in urban areas are located in places where it’s convenient to spend time, like grocery stores or shopping centers, which means owners can charge while going about their weekly routine.”

That’s because a recharge good for 200 miles requires 15 minutes. Don’t have to pull out your credit card; it knows who you are. You can charge your Tesla at home using the standard 110-120V AC outlet. That, however, takes days, not hours. A 220-240V plug at 40 amps will do the job in 8 to 12 hours — like, overnight. But requires a $500 wall connector installed by an electrician. Supercharging at Tesla’s stations is 480 volts at 100 amps using direct current, not alternating current as is found at home. Tesla stations are proprietary; they won’t work for other electric vehicles.

→ For further study: These automakers are going electric.

It’s back in print

Madison’s Isthmus, in actual, tangible newsprint, is back on the supermarket stands but as a monthly instead of weekly. First one since March 19, 2020, when the Covid pandemic forced it on-line and into a new ownership model. (More here.) Congratulations. 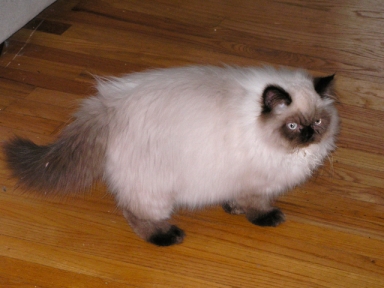 We have mocked Enzo, our Himalyan ball of fir, for staring at the fireplace door because, several years ago, a bird flew out of it. Just this morning, Enzo managed to open that door, charged into the cold fire box, and retrieved a bird. Where was Enzo when Tippi Hedren needed him?

Does the German language have a built-in sense of humor? We’re familiar with schadenfreude, the secret pleasure in someone else’s misfortune. (Explains the wall-to-wall coverage of Andrew Cuomo on Fox News.)

Bob Keller’s son Jim, in town from his job as a translator for the Los Angeles school system, put us onto “Backpfeifengesicht.”  Translation: A face that needs a good slapping! Patrick O’Loughlin adds Treppenwitz — literally, a joke that occurs to you in the stairwell. The idea being that you didn’t think of that clever comeback until too late. Wasn’t that an episode of Seinfeld featuring George Costanza? (“I went to the jerk store but they were out of YOU!”)

Erklärungsnot (literally: “explanation poverty”) describes the state you might find yourself in when no excuse will get you out of the trouble you’re in. (Again see: Andrew Cuomo.) Patrick’s favorite: Fremdschamen — means feeling embarrassed for someone who does not but ought to feel embarrassed. (Cuomo again!!!)

For whom do you feel Fremdschamen?

Madison WI
View all posts by David Blaska →
This entry was posted in Tales from the front lines, Uncategorized and tagged Elektrokleinstfahrzeugen, Tesla. Bookmark the permalink.

22 Responses to What’s next? Elektrokleinstfahrzeugen?