Did you know? Historic preservation is racist!

A Madison alder told us so

One of the more stupid, only-in-Madison proposals was an alder’s motion to jigger ordinances governing the height of buildings in order to preserve the view of Lake Mendota from a privately owned dwelling. 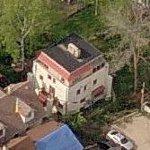 That would be the Lamp House, located two blocks NE of the Capitol. It was designed in 1903 by Frank Lloyd Wright for a man named Lamp. (In Madison WI, there are bronze plaques on the street wherever the great architect expelled a loogie.) It’s an odd house, in that no one can see it. No street presence. Completely surrounded by other buildings. Even stranger, the owner of the building did not want the special consideration.

The motion, advanced by Ald. Patrick Heck (Progressive Dane), was ignominiously defeated by a vote of 14-4 Tuesday 07-20-21. (More here.)

Who was that rich white man? And why is he dead?

Does race explain everything?

We focus on the remarks of Ald. Juliana Bennett (Progressive Dane), a young black woman three months into her first term. The college student is correct on the issue but Woke on the Reasoning. For all that, Bennett is “savvy” (John Nichols gets a royalty of 5 cents for each use of the word). Savvy enough to throw down the race, gender, and classism cards to get her way. In Madison, identity politics is the lingua franca of government. No wonder she was endorsed by The Capital Times!

“I have a lot of opinions and this is one of them,” Bennett warned during Common Council deliberations, sounding very much like Frank Costanza at Festivus:

Because a few white elite preservationists who have the privilege and the means to make a fuss have made preserving the view a paramount issue. It is hypocritical for us who pushed zoning changes to sell out needs of the community for the needs of a dead white man’s view [she forget “rich”] of a since-demolished cabin by the lake, two miles away. … Preserving the view of a dead rich white man would not benefit downtown residents. This is just white elitism.

The world is their oyster

Apparently, there is no limit on the categories on which progressives can play identity politics. It’s like Silly Putty, malleable and (ultimately), useless. Mathematics is (are?) sexist. Punctuality is said to be white privileged. Hard work and delayed gratification are racist. (More here.) Even Glaciers (!) are sexist! The Wall Street Journal’s “Weekend Interview” discloses that a scientific paper was published five years ago with the title “Glaciers, gender, and science: a feminist glaciology framework for global environmental change research.”

Blaska’s Bottom Line: We could say Ald. Bennett is racist, ageist and sexist but then the Head Groundskeeper is white, old, and male — but not rich! No one can accuse us of that! Not even Ald. Juliana Bennett!

How many buzz words can YOU check off for your cause?

18 Responses to Did you know? Historic preservation is racist!