Progressives side with the terrorists. Again.

The terrorist organization Hamas pumped 2,800 rockets into Israel in the past week and the hard Left is angry. At Israel for defending itself, of course.

“Hard-left Democrats are apoplectic about Israeli attacks on Hamas, but they don’t have a thing to say when Islamic militants murder school girls,” former Madison mayor Dave Cieslewicz observes. “Last week in Afghanistan, dozens of school girls were killed in an attack that targeted them for the offense of getting an education. You could hear crickets on the left.”

⇒ The Nation condemns “the explosion of Israeli violence this last week.”

⇒ “The Squad is rooting for Hamas.” 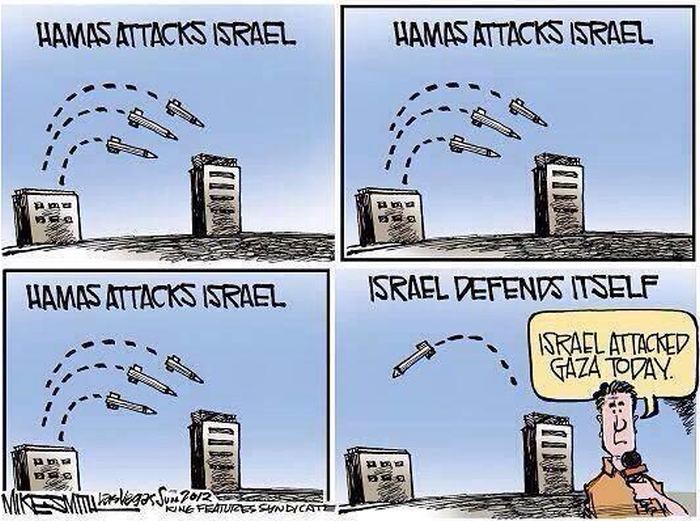 Not a word about the school girls from U.S. Rep. Mark Pocan or his progressive caucus  — Ilhan Omar, A.O.C, and Rashida Tlaib. Only indignation over Israel’s response to Hamas. “Israel’s state-sanctioned police violence against Palestinians,” Pocan (D-Dane County) calls it. All over a disputed property title for six parcels. No coincidence that the Middle East is heating up again. The Biden/Harris administration is pulling out of Afghanistan and cozying up to Hamas’ sugar daddies, the Iranian ayatollahs.

Nonetheless,President Biden “reaffirmed his strong support for Israel’s right to defend itself against rocket attacks from Hamas and other terrorist groups in Gaza.”

“No, Hamas is not acting in response to ‘legitimate grievances,’ and no, Israel is not violating the laws of war,” notes David French.

The Left’s double standard frustrates Matti Friedman, writing in The Atlantic (in 2014!)

“The construction of 100 apartments in a Jewish settlement is always news; the smuggling of 100 rockets into Gaza by Hamas is, with rare exceptions, not news at all.” Friedman notes:

Most consumers of the Israel story don’t understand how the story is manufactured. But Hamas does.

Blaska’s Bottom Line: Which answers the question why the Associated Press (“Hamas propagandists“) had its offices in the building Hamas was using as its command and intelligence center.

Would progressives support Israel if it attacked the U.S.?

12 Responses to Progressives side with the terrorists. Again.