Wine window to my soul

Or, in Blaska’s case: its prosthesis.

Second Fauci ouchie today 03-17-21 at SSM Health. Moderna’s green mint flavor in honor of St. Paddy’s Day. We are vaccinated, hear us roar in numbers too great to ignore. Think we’ll go for a third shot!

Who could replace the late Anthony Bourdain (and Burt Wolf) as America’s leading epicure? Answer: Stanley Tucci. His new (this season) CNN series serves up the history of Italy as experienced by its food with a visit to each of Italy’s 20 regions. Beautifully photographed. 8 p.m. CDT Sundays on CNN. Tucci (we remember him from the restaurant-themed movie Big Night) brings a  low-key and refreshing honesty. Instead of yum-yumming over every mouthful, he says about Tuscan bread: “I don’t like it.”

Who knew that on the streets of Florence once existed walk-up “wine windows” (buchetta), barely big enough to accommodate a stem glass, through which one could order, from the street, a glass of wine. He found two remaining. “I always thought wine tasted better coming through a window.”

Make mine a prosecco

Who knew? Madison’s public schools are actually taking advantage of Scott Walker’s Act 10 — albeit, ten years after. (They were great at Woodstock!) Given that the Madison district is shrinking, layoffs may be Job One. (Like the scotch tape boutique in that SNL skit.) The old, industrial-union model based layoffs entirely on longevity.

Being newer hires, the district’s staff of color have less seniority. The proposed changes will pit the powerful teachers union against a very race-minded, anti-White school board.

⇒ We see a question in the back from the Werkes’ crash test volunteers. Yes, you with the helmet: Would Black teachers automatically be awarded their 40% on culture? 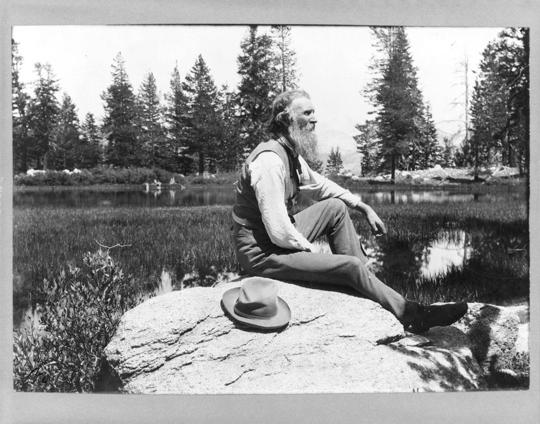 Get rid of the rock, too!

Number, please. Wisconsin native John Muir has been cancelled by our state chapter of the Sierra Club. We’re guessing it wasn’t because he left his beer cans at Yosemite. The man was born in 1838, for goodness’ sake. OH NO! John Muir elementary school serves the $420,000 homes in Madison’s Parkwood Hills neighborhood south of Old Sauk Road and east of Gammon. (Citywide average: $315,200.) Having just renamed one school, Madison’s woke educators will have to find a cloistered saint who lived a life of silence. How about just call it PS #237?

Bit of this, bit of that

•   Also on CNN: Florida’s Republican governor “DeSantis stands tall among U.S. governors in the front lines of Covid fight.” Are we at End Times?

•   Judge rules Michigan’s secretary of state, a Democrat (of course), broke state law in issuing new rules on absentee balloting before the 2020 presidential election. However, “There is no evidence that the violation of state law altered the outcome of the election in the state and the court declined to order a new audit,” Jonathan Turley reports.

•   From The Dispatch: The Chicago Bears recommitted themselves to mediocrity on Tuesday, signing former Cincinnati Bengals quarterback Andy Dalton to a one-year, $10 million contract. His third team.

•   Collectivo’s barristas are organizing a labor union? Is that like a Cub Scout merit badge for progressives?

Blaska’s Bottom Line: Ironically, moving away from seniority as the sole criterion for teacher layoffs was made possible by Republicans’ Act 10. And no, Capital Times, Act 10 did not cause  a “legacy of disrespect.” It was the result thereof.

What would your buchetta dispense?

6 Responses to Wine window to my soul