‘Twas the night before All Saints Day

And all through the Manor, not a creature was voting

Stately Blaska Manor (Madison location only) is closed for Halloween due to Covid-19. Trespassers will be given Trump/Pence bumper stickers soaked in Remdesivir. 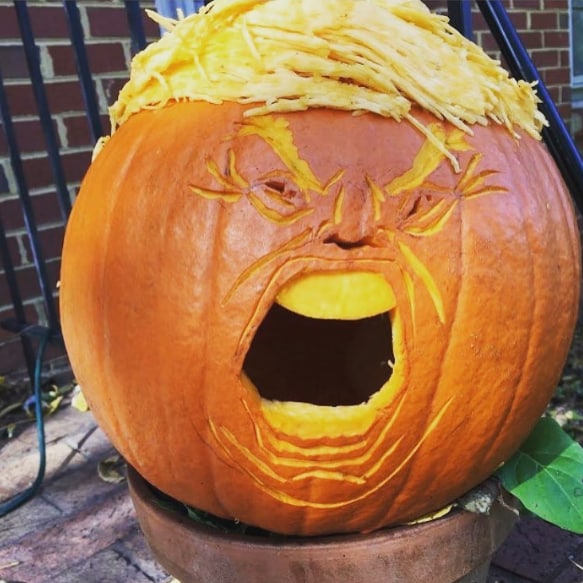 Speaking of the little hooligans, notice how many arrested kids have a backlog of multiple counts of bail jumping? Can we tap into the spinning courthouse door to generate some Green New Deal electricity?

James D. Cook, 17, arrested Friday 10-30-20 on for driving a stolen vehicle and five — count them — 1 … 2 … 3 … 4 … 5 … counts of felony bail jumping,  which come from open court cases for burglary, operating a vehicle without consent, and other charges. … The stolen vehicle is believed to have been used in several other property crimes throughout the county.

Showing on the Manor’s b&w Philco: What killed Michael Brown (of Ferguson MO)? “When truth becomes a lie and a lie becomes truth.”

The Werkes Ignorant Thought of the Day:

“You can’t commodify every single aspect of living and then not understand looting as a legitimate form of protest. Looting is the ultimate strike against a system that deems mass-produced objects to be far more precious than life itself.” — Hampton Institute.

So’s you know — The Left is recruiting “Election Defenders” to guard against “the nationalist right emboldened by conspiracy theorists.”

It ain’t over even after it’s over. Wednesday, November 4, “The Peoples’ Rally” is scheduled at noon on Madison’s Capitol Square.

Surprised to learn that Wisconsin is only the 28th most heavily armed state in the union. Guns in 45.3% of Wisconsin homes. Just behind Texas at #27 (surprising in itself). CBS News reports that No. #1 is Montana, where 66.3% households are armed. Wyoming doesn’t seem especially violent, unlike New York, which (just saying) is the least heavily armed at 3.3%.

Blaska’s Bottom Line: Are you scared yet?

Madison WI
View all posts by David Blaska →
This entry was posted in Uncategorized and tagged Trump. Bookmark the permalink.

15 Responses to ‘Twas the night before All Saints Day