Andrew Yang, come on down!

Quit obsessing over impeachment and fix America, he says

Of course, PBS had to ask Andrew Yang how it felt to be the only “person of color” among seven Democrats on the debate stage tonight (Thursday 12-19-19). And he ran with it. But he could have suggested that his real diversity is that he’s not spooning up the same old Kool Aid as run-of-the-mill Democrat. 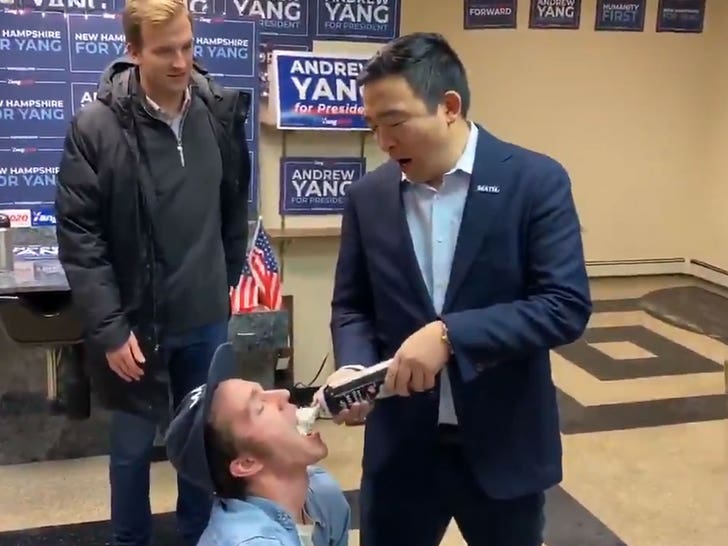 Whipped cream for every American!

In a scrum like the Democratic debate and running seventh you always want to stand out from the crowd. But Yang probably shocked the proletariat by stating that Democrats are too obsessed with impeaching Donald Trump.

“We have to stop being obsessed over impeachment, which unfortunately strikes many Americans like a ball game where you know what the score is going to be, and start actually digging in and solving the problems that got Donald Trump elected in the first place. … Acting like Donald Trump is the cause of all our problems, the more Americans lose trust that we can actually see what’s going on in our communities and solve those problems.”

Unfortunately, Yang’s core proposal to guarantee an income of $1,000/month per person is even worse that Bernie and Elizabeth’s proposal to give free college tuition to millionaires’ kids.

Madison WI
View all posts by David Blaska →
This entry was posted in Election 2020 and tagged Andrew Yang. Bookmark the permalink.

4 Responses to Andrew Yang, come on down!