If anything illustrates the scented candles and unicorn nature
of our liberal-progressive-socialist adversaries
it is Mexico’s Leftist governor.

Andrés Manuel López Obrador ran on a platform  of more financial aid for students, doubling the minimum wage, bigger pensions, ending the war on drugs, legalizing marijuana, and criminal amnesty. He may very well have been represented on last week’s CNN-NYT debate stage October 16 in Ohio.

The ambush of three women and six children, including eight-month old twins, less than 100 miles from the Arizona border Monday was no case of mistaken identity. One of the women exited the car and raised her hands in surrender but was killed anyway. The extended family had been fighting the drug cartels for the past decade. From the Wall Street Journal:

Since taking office last December, Mexico’s leftist president declared Mexico’s drug war over, saying he would focus on alleviating the poverty that drives young men to join gangs rather than attacking the cartels themselves. He called the strategy, “Hugs, not bullets.” …

Mexico’s homicide rate has hit record highs this yer and a string of recent massacres has called into question the president’s strategy. Monday’s incident comes two weeks after the Sinaloa cartel laid siege to the city of Culican after the military had arrested a son of jailed drug load “El Chapo.” The coordinated attacks across the city forced the government to release El Chapo’s son.

It was at least the fifth massacre of civilians under Lopez Obrador.

In 11 months! Stamping out the drug cartels would alleviate some of the need for Trump’s wall. Um, and Mexico already has some of the toughest gun-control laws, as we reported here. Mexico is enduring a civil war and does not acknowledge it. They need a U.S. Grant (in both senses of the term.) 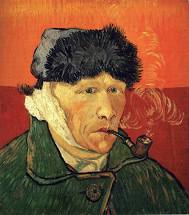 This impoverished (and now deaf) Vermont man was caught within the F-35 flight path.

Why can’t the Air Force fly fighter jets that are as whisper quiet as a Quaker church meeting — and don’t kill people and blow up things?

The local news media was all over their manufactured “news story.” (One is surprised the lady’s tender ears were not swathed in bloody bandages for the benefit of the cameras.) The Capital Times again served as the Progressives’ newspaper of record. in the same edition publisher Paul Fanlund assures his readers they’re getting unbiased news coverage. Unbiased — and unexamined — of every utterance emanating from Black Lives Matter, Freedom Inc., Progressive Dane, Freedom From Religion, International League of Peace & Freedom, and the Dane County Democrat(ic) party.

Blaska’s Bottom Lines: 1) Blaska plugs HIS ears whenever Grayson, Kemble, Royko-Mauer, and Taylor blow their bullhorns. 2) This IS the Babylon Bee: “Dems change mind on border wall after realizing it will keep people from leaving when we switch to socialism.”

3 Responses to Hugs for bullets — the ‘alleviating poverty’ scam